It is frustrating for patients to have unanswered questions, and it is equally frustrating for doctors to not have answers to their questions. In the past month, I have cared for three patients who have stood out to me because they have all presented under personally dire situations.

“I have had crushing 10/10 chest pain since this morning,” Ms. A tells me at the urgent episodic appointment she scheduled in my evening primary care clinic as she is bent over in her chair, grimacing in pain.

Ms. A came to the hospital because of worsening, disabling chest pain that frequently woke her up while she slept and prevented her from being able to carry out her job. She has a past medical history of severe asthma, atypical chest pain, and GERD, a strong family history of clotting and a grandmother who passed from a pulmonary embolism. While I was gathering information on her pain, it was clear that she was in mild to moderate distress as she was writhing around in her chair. Her 15-minute urgent, episodic visit turned into an hour, 15-minute appointment as I ordered an EKG, gathered peak flow studies, assessed ambulatory oxygen saturation, and carefully analyzed past stress tests, pulmonary function tests, and upper endoscopy studies.

Unfortunately (or fortunately), despite being as thorough as I could be, all of these investigative studies were not revealing. I had no answer for her severe chest pain, and understandably, she was extremely frustrated to the level that she yelled at me and my preceptor, called us incompetent, and decided to forgo our recommendations and help by leaving our office and heading straight to the emergency department. Hoping that I did not miss anything on her workup, I closely followed the emergency department’s workup of her chest pain, and was relieved to see that they repeated our studies and agreed that there was no explanation of her pain.

“Last night, I could not sleep because I woke up in chills, had fevers, and night sweats again,” Ms. W murmurs to me for the third straight day during my morning inpatient medicine rounds.

Ms. W was readmitted from an outside hospital because she continued to experience nightly fevers and shortness of breath. She is a frail, 80-year-old woman who had no significant past medical history that I visited every morning for three weeks. Day after day, she continued to have difficulty breathing, a dry cough, and fevers overnight that would disrupt her sleep, eventually losing over 13 pounds during her hospital course. She was placed on broad spectrum antibiotics for presumed hospital-acquired pneumonia, had two thoracenteses and a chest tube placed for recurrent pleural effusions, was pan-scanned looking for a source of infection or malignancy, and had multiple blood cultures and lab tests that covered every organ system and infectious antibody that could be tested.

In the end, despite many discussions involving infectious disease, interventional pulmonologist, and neurologists, there was no clear answer to why she was having fevers or recurrent pleural effusions. On the morning of her discharge, she told me that she cried the night before because no one knew what was happening with her health and that she was afraid that she would pass away from this unknown process just as her mother had passed in the hospital from pneumonia. The team ultimately decided to discharge her under the “fever of unknown origin” diagnosis. Reflecting on her hospital course, I vividly remember the uncertainty of what was happening with her. Unfortunately, just two weeks after she was discharged, at the very moment that I am writing this piece about her, she has re-presented to the emergency department and was admitted as an inpatient with the same complaints that brought her under my care 5 weeks ago.

“Can you tell me what date it is?” I ask Mr. G as he lays in bed somnolent just as he has every day this week since I met him when he was transferred to the floor from the ICU.

Mr. G presented as a new patient of mine after he was brought to the hospital with diabetic ketoacidosis with a hospital course complicated by acute renal failure, shock liver, encephalopathy, sepsis, and an ileus. When I initially met him, he was somnolent and did not respond to questions. Today is his 26th hospital day, and although he has drastically improved, he continues to be minimally oriented and perseverates on pain from his gluteal hematoma. There is still no clear understanding as to what acutely precipitated his multi-organ failure or subsequently was the infectious source that led to his sepsis. As he continues to recover in the hospital, we cannot tell his wife when, how well or if he will ever recover.

Medicine does not have all the answers, which can be frustrating for both the patient and the doctor. With each of these three patients, I have been intimately involved in their work up, and in each case, I, nor any of the doctors on my teams, have been able to provide the ultimate diagnosis that could explain these patients symptoms and alleviate their worries.

In each case, I have done my best to provide reassurance where I can, but despite my best intentions, I had one patient explode in my face and direct her anger to me and another be extremely grateful for all my work while also being tearful and scared of what’s to come. The unspecified diagnosis is difficult for everyone that’s involved, but I promise to these and my future patients that I will be there standing beside them through it all, the good and ugly, through thick and thin, the certain and uncertain.

The complexity of the white coat 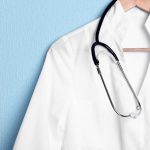 A physician who lost a patient to home birth 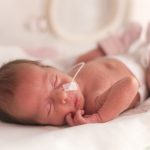