According to many conservative pundits, Obamacare is a job killer. Five days before Obama signed the law, in fact, speaker John Boehner declared that the president was pushing “his job-killing government takeover of health care that will hurt small businesses.” Years after the law was passed, critics continued trumpeting this theme, Ted Cruz calling Obamacare “the biggest job-killer in this country,” and even claiming that “millions of Americans have lost their jobs” because of the law.

Are the critics right? Liberals point to steady national job growth since passage of the law as evidence that Obamacare has not killed jobs. Conservatives point out that, for all we know, job growth would have been even higher had Obamacare not become the law of the land. Both sides are caught in a rhetorical standoff, seemingly with no way to confirm or refute either side’s argument.

Fortunately, social science gives us ways to move beyond data-deficient arguments to something more substantial. In the case of Obamacare, a strange twist in the law has given social scientists an opportunity to study a natural experiment. That experiment relates to the expansion of Medicaid that was written into the law, an expansion that was supposed to be mandatory for all states. Medicaid is a program jointly run by the government and individual states to provide health care coverage to low income people. After Obamacare was passed into law, the Supreme Court ruled that this Medicaid expansion cannot be mandatory, and gave states the option of deciding whether or not to expand their programs. This variation in expansion is what allows policy analysts to study this natural experiment.

Here’s the basic idea: If Medicaid expansion kills jobs, then all else equal, states that expanded Medicaid should have worse job growth than those that did not. For instance, Medicaid could reduce people’s incentives to work, because they no longer need jobs to pay for health care coverage. Or it could kill jobs by increasing federal and state taxes, thus leaving Americans with less money to invest in the economy. To test out the effect of Medicaid expansion on employment rates, Angshuman Gooptu and colleagues compared employment rates before and after the Obamacare Medicaid expansions went into effect, and compared these before and after differences in states that did and did not expand Medicaid eligibility. This is what is known as a difference in difference analysis or, as the cool kids call it: “diff in diff.” In studying employment, the researchers focused on low income workers, the ones most likely to be affected by Medicaid expansion.

The researchers found no evidence that Medicaid expansion either reduced or increased employment. Here’s a picture showing the likelihood of people losing their jobs before and after the Obamacare Medicaid expansion:

And here’s a picture of the likelihood people went from full time to part time employment during those periods:

Consider another study, led by Asako Moriya, looking at changes in part-time employment following the passage of Obamacare. The concern laid out by many critics of the law was that employers would limit the number of hours their employees could work in order to avoid the Obamacare mandate, requiring that they offer health insurance to full-time employees. Employ someone 32 hours a week, and you can avoid this requirement. Moriya’s study looked at part-time employment, and found no change in the proportion of people working full-time versus part-time. Here’s a picture of the results, with some of the flattest trendlines I’ve ever seen in a scientific study:

Some words of caution here. First, the Medicaid study provides no evidence of job loss, but that’s not the same as providing evidence that there is no job loss. Its findings don’t rule out small losses. Moreover, the study did not address whether Medicaid expansion somehow had its main effect on higher wage workers, an admittedly implausible scenario. Second, the Medicaid study only looked at how Medicaid expansion and Obamacare has far broader effects on health care markets, and the economy, than just its impact on Medicaid. That’s why the part-time employment study is worth keeping in mind. It looked at a very plausible way that Obamacare could have affected the economy. So far, the law hasn’t had the dire effects on full-time versus part-time employment that its critics have warned about.

Studies like this are starting to shift the burden of proof from those who are defending Obamacare’s impact on employment to those accusing it of hurting the economy. It is getting increasingly difficult to claim that Obamacare has had a significantly negative impact on the American economy, despite all those dire predictions. Instead, it is looking like it has so far had only a modest impact.

Just as importantly, there is no reason to believe that repealing Obamacare will lead to an economic boom . When the Trump administration finally begins thinking through what repeal and replace really means, they are going to have to consider the many small hospitals that will go out of business if the number of insured people declines.

Next time someone claims that Obamacare killed the American economy, ask them to prove it. 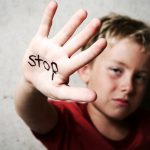 Will technology destroy the art of medicine?