Every health care system in the world is facing its fair share of challenges. Aging populations, the exponential increase in chronic diseases such as heart disease and diabetes, expensive new treatments—all at a time when most countries desperately need to curtail rising health care costs to save their economies. At the two extremes, we have fully public-funded (socialized) medicine versus entirely free-market (private) health care delivery systems. I’ve written previously about my own experiences working in a number of different environments including the U.K., Australia, and U.S. — three countries with vastly different systems, and how the ideal probably resides somewhere in-between the two extremes. I don’t think that a fully centralized system such as the United Kingdom’s National Health Service (NHS) is something that any country should ever be aspiring to. As fair as it sounds — completely free health care at the point use — patients, unfortunately, don’t always get the choice or service that they need in a top-heavy bureaucratic setup.

Looking at things from the physician’s point of view, there are also many profound differences when it comes to working in these different health care systems. I took the decision over a decade ago to come to the United States to do my residency training, and wasn’t too sure whether I would stay in the country afterwards. I was young, a foreign adventure beckoned, and I had no idea what would await me as I started my residency in Baltimore.

All these years later, I’m very glad I took that decision to come here. One of the first things that struck me when I started working here, was just how free-spirited and independent-minded doctors in America appeared to be, compared to the (also very hard-working) doctors I had just left behind in the U.K. They were more in control of their own destiny and weren’t constantly lobbying the government for their next $1,000 pay raise.

As much as health care and the medical profession may be changing, I still think that America’s doctors have it very good compared to most other countries. That isn’t to say that we shouldn’t stand up and fight for the autonomy and working conditions we still desire, but merely to put things in perspective. Given the chance, if you reduced the barriers for entry (e.g., taking the USMLEs, doing residency training again), doctors from probably every single country in the world would come to this country in a heartbeat to practice medicine.

Let’s consider the current situation in the United Kingdom. It made news here several months ago when thousands of junior doctors were striking. Unlike the U.S., “junior” in the U.K. also includes some very senior physicians who may still be below attending level (in a country where it takes a lot longer to complete a medical residency). I’ve discussed the strike in more detail here, and what lessons U.S. doctors can draw from it.

I still have many physician friends in the U.K. at various levels of seniority, and not to put too fine a point on it: The vast majority of them are quite miserable in their profession. Much more so than any job dissatisfaction that exists here in the U.S. Over there, the government controls absolutely everything, and a random health minister with absolutely no experience in health care can make cut throat decisions and enforce mandates that have an immediate and dramatic effect on the frontlines.

The loss of control and autonomy that results from a completely centralized health care system is staggering. In the United States, despite our well-publicized problems, doctors still enjoy a much greater choice of working conditions and contracts. There are a variety of different ways any physician can work and types health care organization they can work in. In the UK, there’s only one. The NHS bureaucrats control how many attending physician posts are created, and doctors are completely beholden to their decisions. The private sector is tiny. During training, doctors frequently have to keep moving every six months to different towns as they complete their residencies, a process that can easily last a decade. Pay scales are published online, and are generally the same wherever you go, plus or minus maybe a few thousand pounds according to how many “antisocial hours” you work. Interestingly, because of the quirks of this government pay-scale, the salary for a senior registrar (equivalent to a final year resident) could actually be higher than an attending!

If you ever look at social media patterns of physicians in the U.K. (and I say this not to belittle them, but merely to state a point), you will notice a very government-employee type European attitude, filled with highly left-leaning statements, articles, and resolves to fight for better pay and conditions via striking and other organized union action. I’m quite middle of the road when it comes to politics, but there is definitely a very palpable difference in physicians’ attitudes on both sides of the Atlantic: a result of what naturally happens when one becomes a “government worker.”

A final huge and important difference between physicians in a public versus a more private free-enterprise system, is that those from the latter are generally much more creative, innovative and entrepreneurial. Working for the government can indeed be a total ambition-killer.

A close physician friend of mine in the U.K. summarized it really well recently when he said to me that having a sole employer in any profession is always bad news. I agree profoundly. That’s why I have no intention of ever being a full-time government employed physician again in a completely centralized health care system.

Let’s stop being skeptical about statins 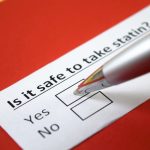 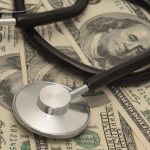 I never want to be a government-employed physician. Here’s why.
5 comments