Recently, President-elect Trump selected Rep. Tom Price, MD to lead the Department of Health and Human Services.  Suffice it to say, this signals Mr. Trumps’ resolve and commitment to definitively repealing and replacing.  Dr. Price has already sunk his teeth into health care reform, having proposed alternative health care solutions in every Congressional session since 2009.

As a physician myself, I am delighted at the prospect of having another doctor at the helm of HHS. The last physician to lead HHS was Louis Sullivan, MD as part of the administration of George H.W. Bush.  Having a physician, who can understand the needs of physicians and patients, representing both in health policy decision-making at the federal level gives everyone the best chance for meaningful and successful health care reform.

Dr. Price is a third generation physician and a retired orthopedic surgeon with experience in clinical practice and academia before being elected to the U.S. House of Representatives.  At his core, he has been a fierce critic of Obamacare.  Dr. Prices’ most frequent objection to the ACA is the fact it hinders the ability of patients and physicians to be in control of medical decision making and puts the government squarely between doctors and patients.  Amen! He understands the subtle distinction that while expanding coverage may provide insurance, it is in no way akin to delivering patients unfettered access to health care.

As I fend off increasing government regulations in my quest for survival as an independent physician, Dr. Price (and Seema Verma — Mr. Slavitts’ replacement at CMS) seem like an oasis in the desert.  Below are some basic tenets of the Price Plan, the Empowering Patients First Act:

1. Tax credits so individuals may buy insurance on the private market. It starts at $1,200 a year and increases with age, but is not adjusted for income. People on Medicaid, Medicare, and Tricare, could opt to buy private insurance and receive this tax credit.

2. Expansion of health savings accounts, which allows people to save pre-tax money which can be used to pay for premiums, copayments, and deductibles.

3. Individuals with existing medical conditions cannot be denied coverage if they had continuous insurance for 18 months before selecting a new policy. This continuous coverage provision incentivizes individuals to purchase insurance while young in the hope of creating a long-term insurance pool (something Obamacare has been unable to accomplish).

4. Federal money would be given to individual States to create high-risk pools. These are government-run health plans for people with existing medical conditions who cannot obtain affordable health insurance on the private market. Price has suggested using $3 billion in funding for high-risk pools — which comes to $1 billion a year.  This approach carries some inherent risk because cost predictions may underestimate reality.  Critics say high-risk pools have been tried in as many as 34 states and largely failed because they were routinely underfunded. It is possible the annual cost of high-risk pools at closer to $2.5 billion a year. Fine, make sure we fund this adequately this time.

5. Balance billing could be allowed, which evens the playing field for physicians and patients alike.  It would offset the exorbitant “facility fee” hospitals are allowed, and independent offices are forbidden to charge.  Allowing physicians leeway on reimbursement could significantly alter the dismal trend of physicians leaving clinical medicine in droves.

Dr. Price has criticized “government takeover of health care.”  I agree with him wholeheartedly.  His socially conservative stances have angered many; he is pro-life, votes against insurance coverage for women’s health issues, additional funding of CHIP (Children’s Health Insurance Plan), and LGBT issues.

However, the more I struggle to stay afloat in independent practice, the less these differences of opinion actually matter.  Sylvia Burwell and I probably agree on women’s, LGBT, and childrens’ health issues, but my bleeding heart, ironically, has worsened my chance for survival in a career I love.  Reality is what brought this very liberal physician to advocate a different approach to health care reform.

Dr. Price recently stated, “Premiums have gone up, not down. Many Americans lost the health coverage they were told time and time again by the President that they could keep. Choices are fewer.”  He is correct. Choice for all of us has evaporated from the system in many small rural areas suffering from physician shortages already. Frustration at the overwhelming increases in insurance premiums is palpable everywhere in this country.  Maybe it is time to give Dr. Price and Seema Verma a chance.  There will be many compromises as in all things, but allowing physicians and patients more control over their lives and livelihoods is a revolution worth celebrating. 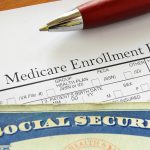 How this medical intern deals with stress 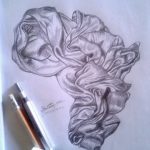 This liberal physician wants to give Tom Price a chance. Here’s why.
91 comments