If you’re going to indulge in anticipatory medicine, it is best to anticipate those at highest risk. An elegant study by Wald et al in the NEJM shows how precision primary prevention can be done. The researchers screened toddlers, who presented routinely to their general practitioners for vaccinations, for an uncommon, but not rare, familial predisposition to high cholesterol known as heterozygous familial hypercholesterolemia (FH), in which premature cardiovascular death can be deferred by statins and lifestyle changes. Blood drawn from the toddlers by a heel prick was tested for serum cholesterol and genetic mutations indicative of heterozygous familial hypercholesterolemia (FH). The parents of toddlers who met criteria for FH were also tested for cholesterol and genetic mutations. Obviously, identifying affected parents and increasing their longevity is also beneficial for their children.

At first, it seems we’re throwing a wide net to catch rare trout. However, the net is no wider than other screening nets. Applying the more liberal threshold for elevated cholesterol, 40 cases of FH were found in 10,095 kids, which is a number-needed-to screen (NNS) of 250. When you include the parents who, unbeknownst, had FH or high cholesterol, that’s an NNS of 125 — hardly an unrespectable NNS compared with cancer screening — for smokers at high risk for lung cancer, the NNS is 320 with screening with low-dose CT.

There are still uncertainties because of the “inverse problem” which haunts genomics. Just because people who die prematurely from CV disease have certain genetic mutations which elevate cholesterol, doesn’t mean that everyone with that genetic mutation will die prematurely. This genotype-phenotype-outcome mismatch is nicely explained by Siddhartha Mukherjee in The Gene.

The authors make clear that mutation alone doesn’t make risk, and cholesterol must also be elevated to define familial hypercholesterolemia. Because we must assume that anyone with a mutation and high cholesterol may die prematurely — we must assume something — and that they’d benefit from lifestyle changes and statins, inevitably, some will be overtreated. The natural histories of the “phenotype positive, genotype positive” and “phenotype positive, genotype unknown” — by natural history, I mean how many in these cohorts die prematurely and at what age — is a knowledge gap that’ll likely and unsurprisingly be permanent. Would you volunteer your child, who just had FH detected, to remain untreated to study this intriguing question for mankind? I wouldn’t.

The study asks a probing philosophical question. Is familial hypercholesterolemia a disease or a risk factor, or is the distinction between risk factor and disease a distinction without a difference? It will be tempting to start adolescents with FH on statins, whilst encouraging them to swing on monkey bars. It is hard to see how statins can be avoided in adolescents known to have FH, and for their management to be largely lifestyle based. Prescribing exercise to children at high risk of premature death from cardiovascular disease sounds good in theory, but if participating in sports requires a doctor’s prescription, how successful can that prescription be? I mean getting off the couch surely doesn’t need shared decision making. And whether the children get off the couch, sooner or later, their parents might ask for pharmacological means to reduce their risk of premature death, which I believe would be wholly justified.

I’ve been told by some cardiologists that in those genetically predisposed to high cholesterol, running or swinging on monkey bars, though helpful, won’t alone reduce their risk of dying early, at least not without a little help from statins. I always take cardiologists at their word. What choice do I have? My life could depend on them.

Nevertheless, statin skeptics should occasionally suspend their skepticism. The group uncovered by Wald and colleagues is an apt group for suspending skepticism about statins and primary prevention.

The days of the drug rep have come to an end 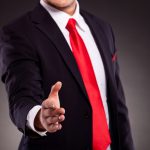 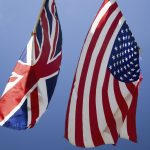