I thought long and hard about the financial ramifications of medical school before I started. I already had a job in the medical field that I enjoyed, and I was happy with my level of compensation at the time. After running the numbers, I knew that the choice to pursue medicine would result in a delayed economic benefit that would take at least 15 years to recover, and only through student loans would the immediate enormous pay cut allow me to tread water during the training.

A little historical perspective is in order. Had I entered medical school immediately after college, my in-state tuition rate would have been under $10,000 per year. The rate I paid some years later was roughly double that near the $17,000 mark, and the in-state rate today at the same school is approximately $24,000 which actually makes it one of the most affordable medical schools in the country. In contrast, private medical school enrollees and those paying out-of-state tuition are typically charged well over $50,000 per year. With the ability to borrow for living expenses factored in, it is common to see students borrowing more than $200,000 over 4 years with several sources endorsing an average debt of between $160,000 and $190,000 among those who borrow. At the same time, physician salaries in many specialties have plateaued or dropped in recent years.

Why has tuition risen so sharply? It’s relevant to point out that tuition comprises only a few percent of the operating budget at most institutions, so the answer seems to be that we are simply willing to pay it. It’s no secret that all college tuition has inflated in recent years, and a big reason is because students so often simply borrow the money from the federal government to pay the school. Medicine is no different. I am admittedly an expert in this process, having taken out my first student loans during the Clinton administration at the advent of the direct lending process in the 1990s.

The repayment process, it turns out, has also grown more complex since my college days. There used to be a clause that many medical residents (those people in 3 to 8 years of supervised practice after medical school) often took advantage of called the “20/200 pathway.” The rule held that those employed full time could defer loans (avoid payments and subsidized interest) if debt burden was greater than 20 percent of annual income and income minus debt burden was less than 220 percent of the federal poverty level. The College Cost Reduction Act (CCRA) of 2007 abolished this pathway and instituted new income-based repayment options (which have also grown more complex in the past 10 years) and loan forgiveness mechanisms while fixing graduate-level lending at a 6.8 percent interest rate.

In medicine, the most controversial aspect of the CCRA has become the Public Service Loan Forgiveness Program (PSLF) which is slated to forgive federal loan balances after 10 years of income-based monthly payments for those working in the public or not-for-profit sector over the course of the 120 payments. Borrowers who graduated in 2007 will begin applying for forgiveness in 2017. In the interest of brevity, I will explain this program from the standpoint of a radiology resident who graduated from medical school in 2008 with $250,000 of debt. The training path for her was five years residency followed by two 1-year fellowships that she had to take because the radiology job market tanked horribly in 2013. She decided to forgo a lucrative private practice position because she enjoyed teaching and signed on as a medical school faculty member at a pay rate which was roughly 60 percent of private practice income. Assuming she made income-based payments during the seven years of training working for a nonprofit center of graduate medical education or university, her loans will be forgiven three years into practice. If the PSLF remains unchanged, the government may wind up forgiving $200,000 or more.

There are a lot of conditions which have to be met for participants to partake in this system, and in fairness, the terms of the plan are spelled out when the borrower signs the promissory note. Doctors who participate are not gaming the system. They are actually fulfilling the terms as written and approved by the government during the George W. Bush presidency while keeping with the spirit of the law and in many cases forfeiting considerable revenue. Truth be told, there is really not much benefit in PSLF for physicians spending only a few years in residency, and the availability of programs like this may be necessary in areas where physicians are otherwise unwilling to teach. Nonetheless, many can’t see how this system will be sustainable for any length of time, and recent budget proposals have toyed with capping PSLF forgiveness to prevent abuse.

I have recently switched from the traditional income-based repayment plan (15 percent of disposable income) to the revised pay as you earn plan (10 percent of disposable income). Despite a long history of student loan research, I remained unaware of the complex conditions required to make the transition including a month of sitting out of the PSLF. For those seeking refuge in one of the new programs created during the Obama administration, do your homework. I’ve had many problems with the loan servicer including multiple unrequested forbearances and automatic payment snafus, but in the end, I hope that the aggravation will make the process worthwhile. Regardless, I’m of the opinion that paying off student loans should never be a priority in the face of other debt and a financial plan that can yield more investment-related income than the cost of student loan interest. Income-based repayment plans will thus remain a constant for me with or without forgiveness.

At the end of the day, someone will have to deal with the problem of medical student debt in a more sound way. The system cannot absorb the cost of increasing medical education costs by simply forgiving debt generated by exorbitant charges. The days of guaranteed physician wealth are dwindling.

The loss of a pregnancy is never taken lightly 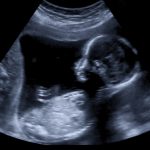 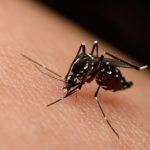