Spanking is an extremely common form of corporal punishment, generally used against a child in response to a perceived bad behavior. It is an old-fashioned form of punishment that has the potential to cause more harm than good. It is clear that spanking may be effective in causing immediate obedience, but this effect is short-lived.

Corporal punishment has been associated with adverse effects in childhood, such as causing the child to believe that he or she is bad, increased aggression, behavioral problems, delinquent and antisocial behavior, and decreased quality of the parent-child relationship. Additionally, corporal punishment has been associated with long-term consequences in adulthood, such as criminal and antisocial behavior, aggression, and abuse of one’s own children and spouse.

It is also concerning that spanking is associated with an increased risk of physical abuse. If a child is spanked often, spanking will become less effective as a form of punishment and less likely to modify the undesired negative behavior. This may lead a parent to spank more or harder or use an object to spank with.

As a mother of two wild toddlers, I understand very well the temptation to spank your children and the feeling of desperation when you have exhausted your parenting bag of tricks. I have even been frightened by my own drive to spank my children due to rage and frustration when they are at their peaks of unruliness. The only times I believe that I made the right choice by spanking are situations in which I have spanked my child to prevent some greater immediate harm, such as slapping her hand away from something extremely hot or trying to prevent her from running into the middle of a busy street.

Some states have mandatory reporting laws that require health care workers to report parents who engage in corporal punishment. While I do believe these laws help identify and prevent child abuse, they may have also created a situation in which parents are afraid of or uncomfortable with discussing corporal punishment with their health care providers.

If parents are not comfortable discussing spanking with their health care providers, I think it’s important for parents to ask themselves questions about their discipline techniques, including the following: What does my child do that makes it necessary to spank him/her? Does spanking work? If so, for how long? What am I trying to accomplish by spanking my child? What am I feeling when I spank my child? How do I feel afterward? Does my child understand what I am trying to teach him/her? Do I sometimes find it necessary to spank harder or more often to teach him/her a lesson? What else have I tried to teach my child?

Alternatives to corporal punishment include the following strategies:

If you choose to spank your children, consider the following recommendations:

Although I firmly believe that most parents who spank their children are not doing so in a way that would be considered child abuse, I think there are more effective and better options than spanking, with less potential for harm.

Because spanking is such a pervasive and common practice in our society, I don’t think telling parents to never spank is realistic, and this advice can have the unwanted effect of making a parent tune out or feel judged. It is more important to have a dialogue about the effects of spanking and try to make the shift away from this form of punishment.

Celia Trotta is a psychiatrist and can be reached at Psychiatry Health. 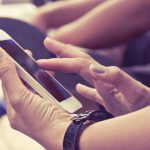 What happens when a community loses its health care providers? 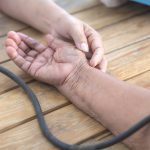 A psychiatrist says don’t spank your children. Praise them instead.
3 comments