“You have no husband?”  asked an oncologist at an Ivy League cancer center, his voice full of concern.

“No sisters or brothers?”

“Your parents — are they living?”

When I mentioned friends and extended family, he talked right over me.  Without a nuclear family, he seemed to think, I had no one.

Gallbladder cancer used to be treated with a drug called gemcitabine, but by the time I came along, studies had shown that combining gemcitabine with other drugs works better.  And yet, immediately following our climb up my family tree, this oncologist proposed to give me gemcitabine alone.

Now, he had to know that a combination of drugs would offer a better chance.  So I asked, why?  Because, he replied, he wouldn’t risk the side effects of anything stronger.

I was a healthy 64 year old, with no pre-existing conditions:  no hypertension, obesity, heart disease, diabetes or pre-diabetes, alcoholism, smoking, or even high cholesterol.  But as a single woman living alone — and with no discussion of a support system other than immediate family — I was presumed unable to handle the treatment most likely to keep me alive.

In a national survey by University of Chicago psychologist John Cacioppo, “Physicians reported not only that they themselves provided better or more complete medical care to patients who had supportive families than to patients who appeared to be socially isolated, but also that, in their experience, other doctors, nurses, and ancillary staff did the same.”

Notice how the contrast is worded:  the opposite of being socially isolated is not being socially connected, but having supportive families, as if no other source of connection counts, or even exists.

Often, the contrast between being supported and not-supported is framed explicitly as being married or not-married.  A 2013 article in the Journal of Clinical Oncology, for instance, shows that unmarried patients are less likely to receive definitive cancer care, and more likely to die of their disease, than married patients.  Without considering whether definitive care is offered equally, the authors suggest that those differences might be caused by unmarried patients being depressed or mentally ill, lacking the support to handle side effects, or being too disorganized to keep appointments and take medications.

Nowhere do the authors test their assumptions, or acknowledge that not all singles fit the same profile.  Most significantly, they ignore the possibility that the stereotype they present might be a self-fulfilling prophecy, as single patients are denied the best treatment because doctors assume that without a spouse, they won’t be able to handle it.  So ingrained is that belief that it persists not only in the absence of evidence, but in defiance of substantial evidence to the contrary.

Sloan-Kettering psychiatrist Dr. Jimmie Holland, a pioneer in the field of psycho-oncology, has repeatedly cited studies showing that, as she wrote in The Human Side of Cancer, “having more social ties was associated with lower mortality, including mortality from cancer, but that being married did not have this effect. Marriage can be a plus or a minus, as today’s divorce rate confirms.”

Although that’s the consistent finding of psychological studies, the message isn’t getting through to medical researchers.  A search of PubMed reveals article after article in which marriage is conflated with social support, and negative assumptions that are undoubtedly true of some singles are unthinkingly applied to all.  According to the U.S. census bureau, that’s 31.2 million Americans, all stereotyped in apparent ignorance of the data debunking outdated beliefs about what it means to be single.

Of course, some doctors are capable of seeing past the stereotype so relentlessly promoted in the medical literature.  The oncologist who actually treated me asked just as many questions as the one who offered only gemcitabine, but hers focused on problem-solving rather than genetics.  Who would stay overnight with me if the need arose?  What about rides if I couldn’t drive?  Satisfied, she combined gemcitabine with a drug called oxaliplatin — the same standard-of-care treatment that married patients get.  The side effects were unpleasant but manageable; and four years later, there’s still no sign of cancer.

I don’t say that living alone is irrelevant, and I have no trouble understanding why my oncologist asked about my support system before giving me powerful drugs.  The more troubling question is why the first oncologist didn’t ask.

When doctors ignore the evidence showing that a support system doesn’t have to be traditional in order to be effective, that’s not a medical judgment.  It’s a personal prejudice that puts singles at serious risk.

Classifying patients as married or unmarried when studying the effects of social support undoubtedly makes research easier, with groups determined by a simplistic either-or.  But since social support is not, in fact, limited to marriage, the results of such studies are bound to be flawed — not to mention perpetuating discriminatory treatment that can cost single people our lives.

Joan DelFattore writes about single life, including handling illness without a partner. 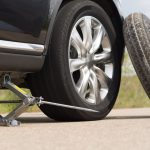 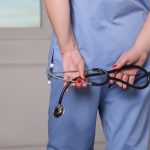 Patients without partners, and the doctors who stereotype us
1 comments