I dreaded Mr. L’s office visits. His mouth half vacant of teeth and his clothes reeking of hand-rolled cigarettes, he regularly demanded medicines he didn’t need. He was pushy and thankless. I frequently declined his requests. He stuck with me anyway.

Over the years he grew in orneriness. Divorced, childless, and unemployed, he declared one day that he was tired of living. He was reasonably healthy. He disavowed depression. Would I help him die?

Even if aid-in-dying weren’t illegal in the state where I practice medicine, Mr. L’s request would have been unreasonable. He was just shy of 60 and lacked a life-threatening diagnosis. But he raised for me a critical question that has been absent from the debate surrounding right-to-die legislation. Might doctors be inclined to facilitate the deaths of patients they don’t like?

Despite our best efforts, we doctors have always found some patients more frustrating than others. In a 1967 article called “The Difficult Patient,” the psychiatrist Mounir Ekdawi describes how staff in large English mental hospitals come to view some patients as difficult. “This opinion is slowly formed, but, once established and repeatedly expressed in nursing reports and medical records, it rarely alters and may have a powerful influence on the patient’s career in hospital.” Difficult patients are often transferred to lower level hospital wards and lack a consistent clinician to care for them.

What’s more, difficult patients can actually provoke doctors to wish them dead. In a 1978 New England Journal of Medicine article “Taking Care of the Hateful Patient,” the psychiatrist James Groves divides “hateful” patients into four types: dependent clingers, entitled demanders, manipulative help-rejecters, and self-destructive deniers. Of these, self-destructive deniers are the most hateful, inciting in the physician, Groves says, “the secret wish that the patient will ‘die and get it over with.’”

Some doctors today deliberately rid their practices of unpleasant patients. The sociologist Sandra Sulzer recently asked mental health clinicians about their experiences caring for patients with a diagnosis of borderline personality disorder, a condition that affects nearly 6 percent of Americans at some point in their lives. She found that patients labeled “difficult” are routed out of medical care, directly and indirectly, a process she calls “demedicalization.” What better way to demedicalize a patient than to facilitate a suicide? And such patients are already prone to suicide: more than 70 percent of people with a diagnosis of borderline personality disorder attempt suicide and up to 10 percent are successful.

Many advocates of aid-in-dying legislation emphasize its safety. The bill approved by the New Jersey state assembly two weeks ago, for example, requires that a patient have less than 6 months to live. The patient must be mentally competent and must meet with a doctor twice before receiving the lethal prescription. The idea is that these safeguards will protect vulnerable patients from feeling pressure to end their lives.

But are patients immune to the influence of their doctors? Are their decisions purely autonomous? Of course not. And do physicians attempt to persuade patients to accept their advice? Of course they do. The American Medical Association knows this, which is why its position has been to oppose the legalization of physician-assisted suicide as fundamentally incompatible with the physician’s role as healer.

Hippocrates understood this, too. As part of his injunction not to harm patients, he thought doctors should not poison them.Rather, he insisted that physicians should aim to cure when possible and to provide trustworthy counsel always.

As our society pushes to expand the scope of an individual’s right to self-determination, requests such as Mr. L’s will undoubtedly become more prevalent. The question that remains unresolved but that demands consideration is whether the physician — as trusted adviser, healer, and comforter — should also be the one to prescribe death.

Lydia S. Dugdale is a primary care physician and editor Dying in the Twenty-First Century.

Repeal the ban on firearm research 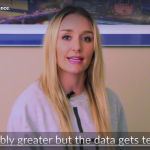 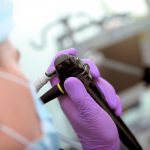