My son was underperforming at school, and I was gently encouraging him to try harder (if gesticulating like an over-caffeinated Italian qualifies as gentle encouragement). He could not understand why I was upset: “Dad, most of my friends are doing drugs and engaging in unprotected sex. You should be rewarding me for being such a good kid.”

“Reward you for not being bad?!,” I replied incredulously. That made no sense to me. “When you go above and beyond — when you exert exceptional effort to achieve important goals — then we can talk about what reward you have earned.”

The folks running South Carolina’s Medicaid program don’t appear to agree with my parenting philosophy. A couple years ago, it contracted with a private insurer, the Centene Corporation, to manage its Medicaid population. Part of the company’s approach involved rewarding Medicaid enrollees for receiving recommended preventive care.

This rewards program flips medical payment on its head. Normally, when people go to the family medicine doctor for an annual checkup, they are charged a modest copay for the visit. But through its CentAccount program, the folks at Centene pay patients for receiving such care. You got that right–they aren’t charged for the visit; they are rewarded for it!

When a Medicaid enrollee brings her infant in for a well-child visit, she receives $10. If she makes all six visits for the year, she will get $25 in that final appointment, adding up to a $75 reward from taxpayers for bringing her child to appointments that the rest of us brought our kids to at our own expense.

In fact, here’s a list of some of the healthcare services CentAccount rewards its customers for receiving:

At first glance, it might seem obvious that such rewards are unfair. For the same reason it seems wrong to reward my teenager for not doing drugs, why should we reward a parent for vaccinating a child — for doing what any good parent ought to do?

In fact, fairness is the wrong lens through which to view such programs. Medicaid programs should be judged on how well and how efficiently they improve the health of low-income Americans. When infants do not receive well-baby checkups, and when they miss important vaccines, all of us suffer. We suffer because we allow fellow citizens to experience unnecessary health problems, problems that will reduce their chance of pursuing the American dream. We suffer because those unrecognized and un-prevented illnesses will lead to further healthcare expenses down the road, expenses the rest of us will pay for. And we suffer because those who miss a vaccine create a population for contagious diseases that we, as an advanced society, should not have to contend with.

We should judge preventive care rewards programs not by whether they are fair, but by whether they work. In the case of CentAccount, this reward money can only be used to purchase approved items like toothpaste and baby formula. In effect, the program has the potential to improve both medical care and nutrition at the same time.

In memory of what medical education used to be 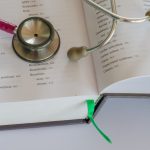 Saying goodbye to a patient who's your friend 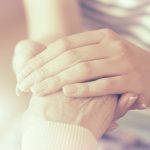 Is it fair to reward Medicaid patients for routine health care?
8 comments