In the last decade, the federal government has undertaken considerable steps to control the way doctors care for their patients. Its goal is to improve healthcare quality and lower costs, but the very regulation tasked with achieving this has created a paperwork nightmare that actually does the opposite: it impedes care and increases costs.

I’m referring to the Physician Quality Reporting System, or PQRS, which originated with the Tax Relief and Health Care Act of 2006. I doubt you’ve heard of it, but your doctor surely has, and chances are he or she considers it an expensive and burdensome bureaucratic reporting exercise that does practically nothing to increase quality.

Here’s how it works. A doctor examines a patient and submits a bill to Medicare. To be fully paid, the doctor must also document that certain tasks were performed. If this is not done correctly, he is penalized with a reduction in payment.

While this sounds reasonable, let me explain why it’s an awful way to measure a doctor’s “quality.”

For one thing, many of the clinical tasks we’re bound to report are extremely basic. Like reviewing a patient’s medications. Or checking blood pressure. And here’s one example from my field of ophthalmology: I have to confirm I examined the macula of a patient with macular degeneration — which is about as elementary as asking a cardiologist to confirm he listened to the heart. Even the most uninformed doctor would perform these tasks. Medicare is spending tax dollars to scrutinize measures that set the bar so low that the exercise is meaningless.

What’s worse is that the program creates situations that defy common sense. For example, a radiation oncologist who specializes in pediatric cancers is penalized for not recommending smoking cessation to his young patients—generally children aged 2 to 9. A cardiologist is required to write prescriptions for aspirin, but prefers to simply tell patients to get aspirin over-the-counter because it is less expensive. However, he is penalized unless he also documents a prescription.

But doctors’ fiercest criticism of PQRS is usually reserved for the haphazard way in which the program is administered. Inordinate physician and staff time is devoted to complying with constantly changing rules and requirements — time that would be better spent caring for patients and reducing wait times. Mind-numbing data entry and difficulties submitting electronic records to Medicare add to the frustration. Particularly galling is that fact that, for some specialties, the government failed to create enough relevant clinical measures to report upon, making compliance impossible from the outset.

The failure of this misguided government initiative is even worse when one considers the costs. A 2016 Health Affairs study showed that physician practices in just four specialties (cardiology, orthopedics, family medicine and internal medicine) spent $15.4 billion annually to comply with quality measure reporting. This translated to $40,069 per physician — money that could have improved patient care through investment in medical technology, or helped the economy through hiring of employees.

No study has ever shown that this program improves patient care or doctor quality. Quite the opposite: a 2014 study by the Medical Group Management Association showed that 84 percent of doctors’ practices did not feel quality reporting improved their ability to provide high-quality care, and more than 83 percent felt the program adversely affected practice efficiency, support staff time and physician morale.

Why should you care about any of this? For one thing, you might find your doctor seems to spend more time entering data on a computer than actually talking to you. But the most important reason is because you are a taxpayer, and Medicare has already spent hundreds of millions of dollars implementing this program. Their intentions are good, but their experiment has failed. You can’t measure physician quality with a system of mindless box-checking.

We’ve recently learned that Medicare will be doubling down on this strategy and rolling it into a new program called MIPS: Merit-based Incentive Payment System. But changing the name won’t make it any more effective. If our goal is to improve healthcare quality, why not instead invest these millions into improving access to pap smears, colonoscopies, early diabetic screening, or in a multitude of other ways that, unlike the PQRS program, are proven to save lives?

You might ask, won’t this program at least reduce costs simply because it pays doctors less? The answer is no, because the new program is set up as a budget neutral, zero-sum game. Bonuses will be paid to “good” doctors who comply from a penalty pool funded by “bad” doctors who fail. It’s like a Hunger Games in which the metric is box-checking, and the losers pay the winners. I’ve “earned” PQRS bonuses in the past, and I probably will in the future, but the senselessness of this program, and its societal costs, demand censure.

The next time you’re with your doctor, and she’s busy clicking through a panel of boxes on a computer screen, you might ask what she thinks about Medicare’s intrusion into the doctor-patient relationship. But be ready, you might just get her to pause, look at you, and tell you all about it. And it might be an earful.

Andrew Lam is a retinal surgeon and author of Two Sons of China and Saving Sight: An Eye Surgeon’s Look at Life Behind the Mask and the Heroes Who Changed the Way We See.  He can be reached at his self-titled site, Andrew Lam, MD. 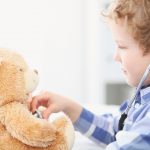 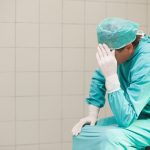