The election result shook the world. As the vote counts started to come in, most of the country descended into a state of collective shock and disbelief — even Mr. Trump’s own supporters. Nobody seemed more surprised than the political pundits on all the cable news channels, who had for months incorrectly predicted the opposite result.

Let me take a step back for a moment before I sound like somebody who is rejoicing in Mr. Trump’s victory. Far from it. In the last few weeks, I’ve written articles against his candidacy, denouncing his divisive and inflammatory rhetoric, and looking at it in a more historical context.

But in the days after Hillary Clinton’s defeat, like millions of people across the country, I reflected on what had happened and tried to understand how everything had gone so unexpectedly wrong. Then I began thinking more about some of his talk about a “privileged and disconnected elite” (although some may say he was part of that), “power of big business interests” and “too much regulation.” I couldn’t help but bring it all back to health care and draw some parallels. As someone who has written extensively on the subject of physicians losing autonomy, facing excessive bureaucracy and documentation requirements, and what we need to do to make health care more patient-centered — I couldn’t help but wonder if, on a superficial level, a similar phenomenon could be playing itself out in health care.

Doctors (and patients) have witnessed an avalanche of changes in health care over the last decade. These include the relentless push towards consolidation and the corporatization of medicine, increasing government regulation, and the decimation of small private practice. Ask most doctors who have been around for any length of time, and they will confirm the detrimental effects all of this has had on the practice of medicine and the doctor-patient relationship. Patients too are unhappy and frustrated with what’s happened — nobody ever asked them if it’s what they wanted. It’s no longer about the doctor and patient, but rather about the regulator, administrator and patient. Often with a computer and a series of tick-boxes in between. Other folks such as information technologists and the “Big Data people” (so many of whom roam around my home city of Boston, and I’m personally very skeptical of) are increasingly hanging around at the peripheries of health care too.

When pundits in the political realm, usually so-called “experts” talk about people like numbers, they frequently scoff at “emotion” and don’t understand why pure emotion drives people to vote. It happened in this election, and I also witnessed the same thing with Brexit several months ago. The same situation exists in health care too: A total disconnect from the realities of everyday frontline medicine. Many people pulling the strings simply do not understand people, and just look at them as numbers. Health care, however, is an extraordinary emotional arena. Emotion is what makes us human and there’s nothing wrong with it. Of course, there has to be logic too in human interactions and decision-making, but it’s highly irritating whenever emotion and real human feelings are discounted.

I’m trying to put myself into the shoes of a typical Trump voter, who for months has watched political pundits and news organizations (a good example would be the New York Times website, which consistently gave Hillary Clinton a greater than 85 percent chance of winning). How good it must have felt to vote on election day and give them a “kick in the teeth” and show them that it’s the people, not statisticians, who decide elections. I may fundamentally disagree with their logic and seeing their candidate as the man to rescue them, but I do understand this raw feeling, especially when you feel that your concerns are not being listened to.

Many of the people at the frontlines of health care are also disillusioned with the powers that be. Those who are the most important: Patients, doctors, nurses—are pretty fed up with what they’ve seen happen over the last few years, and a vast segment of them are also yearning for change. A change that simplifies medicine and brings the doctor-patient paradigm back to the center of all decision making. Hopefully, it’s only a matter of time before we go back to healthcare in its purest form.

After this election, many corporate health care stocks fell rather dramatically (at the same time pharmaceutical stocks went up). Why do you think this was? If, and this may be wishful thinking, Mr. Trump’s election and the demise of Obamacare means an end to the relentless push towards consolidation, big corporate medicine and excessive bureaucracy—as long as we retain protections for patients and keep pushing for lower costs—I for one won’t be shedding any tears about that. 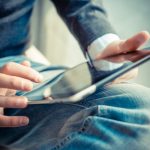 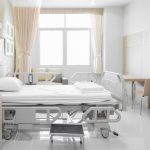 Can a Trump revolution happen in health care?
53 comments