I have written before about predictions of the actual costs of Obamacare and the probable death spiral of increasing costs and decreasing participants. Several recent reports have brought more clarity to the cost realities.

At the same time as the premiums are rising, the annual deductibles for the most common exchange plans are climbing. Deductibles for individuals in the lowest-priced bronze plans now average more than $6,000 per year, for families $12,393. For silver plans, $3,572 for individuals, $7,474 for families. This is on top of average premium increases in silver plans of 17 percent nationwide.

With out-of-pocket and premium costs growing about eight times the general inflation rate, the expected response has happened. One report concluded that half of Obamacare customers cut back on care to manage costs. Certainly, some of these foregone costs represent healthcare utilization that was probably not necessary, but these marketing-based surveys never include the expertise to dive into the issue with any depth. This report does point out the fallacy of assuming that high-deductible plans will incentivize consumers to shop around for the best deal. As one pundit stated, “Going around and shopping when you’re sick, it’s profoundly not fun.”

With that being the case, potential Obamacare consumers are also doing what one might predict. They’re choosing to pay the penalty tax for not buying health insurance. Any health insurance product needs a pool of young healthy enrollees to subsidize the care of the older sicker members. The penalty in 2017 will be about $700, which is a mere fraction of the yearly cost of most Obamacare plans, especially for those who qualify for little to no subsidies. For example, a 60-year-old individual buying an unsubsidized plan would have to pay about 22 percent of his income for health insurance, 9 percent for a 30 year old (based on income of $48,000 per year). Some will face 60 percent increases in premium costs next year and will roll the dice, hoping that they have no major medical expenses next year. They’ve come to realize that they’ll be paying for most of their care out of their pockets anyway.

The net result of all these developments is that Obamacare, and many private insurance plans for that matter, are becoming nothing more than catastrophic care (and I suppose conduits for a few free preventive services). This is not what the dreamers dreamed six years ago.

Of course, the Obama administration says consumers should not worry. The president said that federal subsidies will cover much of the increasing costs. Others argue that the subsidies don’t really help much for most Americans.

Either way, a certainty is that the American people and her politicians will not have the guts to bluntly discuss raising taxes to actually pay for any of this — or don’t raise taxes and reduce this and other entitlements. These rising costs will only add to our national debt, and our children’s futures will grow dimmer, driven by the excesses of this generation.

It’s simple. They cost a fortune, merely create extra mostly useless work for frontline caregivers to do, and improve little to nothing in our ambulatory care. I wish we could put the genie back in the bottle and start all over. Hey, a guy can dream.

A doctor thinks a patient is prepared for death. He's wrong. 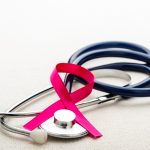 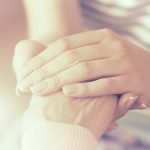 The broken dreams of Obamacare
10 comments