A patient wrote in, asking what she ought to do with unused medications, including some psychiatric drugs and controlled substances. It’s good to get those out of the house, safely — but how?

Parents should make sure to keep their homes free of unused medications. The misuse of prescription medications (usually narcotic painkillers) has surpassed motor vehicle accidents as the leading accidental cause of death in the U.S. A lot of these medicines, especially the ones that come into teenage hands, come from unused supplies lifted from parents. Teenagers don’t necessarily know what all of those pills do, and at least some of them are willing to gulp down handfuls just to see what will happen.

Toddlers, too, can find their way to unused, colorful vials in the medicine cabinet — some of which can kill with a single pill. And even adults really shouldn’t hoard antibiotics or other prescription meds. The risks are too high.

But what to do with all of these medicines? Tossing them down the sink drain or flushing them down the toilet aren’t ideal. Water in municipal drains contributes to their accumulation in our drinking water. (Though even if we never flushed ‘em down, many are excreted in urine. There’s a pleasant thought.) The FDA does keep a list of “drugs you should flush,” consisting mostly of narcotics and similar medications that are just too dangerous to toss out any other way.

For most medicines, it’s safer to get them to a landfill rather than adding them to our water supplies. You can toss them into your household trash after mixing them with something disgusting, like cat litter, coffee grounds, or dirt. Alternatively, drugs can be incinerated along with other biomedical waste. I don’t know if most docs would agree to do this, but if my patients and families bring me leftover medications, I just add them to my “biohazard” box for transport and incineration. Doesn’t cost me much of anything to add a few vials now and then.

I’ve also seen drug stores selling mailing bags to return medications for destruction. The operative word, there, is “selling” — I think $4 for a bag. Not much, but 4 beans that you probably want to spend on something else. 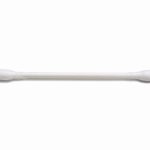 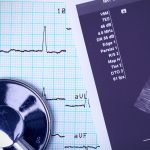 What’s the best way to get rid of unused medications?
2 comments