On my last day of rotation in the psychiatric emergency room, we received a new patient. The keywords and phrases rang through the air: “teenager,” “transgender,” “homeless,” “assaulted recently,” “says she feels a full-grown baby kicking.”

I immediately asked if I could see this patient, and was sent out to admit her. She had short, disheveled pink hair and was sleeping in a cocoon of thin, white hospital sheets. Security guards stood next to me, prepared for any kind of dangerous situation, but it became clear that this person was the one actually in danger.

She told me her story in snippets of incomplete sentences. Her living conditions and relationships had been unstable and complex. As I gathered her history, it became clear that it was not possible for her to be pregnant, for a number of reasons. She had received numerous psychiatric diagnoses, none of which seemed to explain her current presentation of a possible pregnancy delusion. It was a narrative entangled with trauma, and our conversation felt like such a minor point in a story that went far beyond the confines of our small, dimly lit corner of the ER. Eventually, she was admitted to the unit, and I was left wishing I could still be involved in her care.

Unfortunately, stories like hers are far too common, and more and more data are being published to shed light upon the experience of LGBTQ youth in our country. As healthcare providers, we have a responsibility to pay attention.

In a first-of-its-kind report, the Centers for Disease Control (CDC) recently revealed stark evidence about the prevalence of violence against queer youth in America. The report illustrates the results of a 2015 nationwide survey in high schools to assess specific health-risk behaviors in “sexual minority” students versus heterosexual students.

Sexual minorities were defined as those who identified as “lesbian, gay, bisexual, or not sure” and those who had had “sexual contact with the same sex or both sexes.” The results show that queer students experienced higher rates of violence by several metrics:

In addition, the results show a severe disparity in mental health among queer youth, who had higher rates of:

These numbers are staggering, and further elucidate the gravity of these issues. Nevertheless, there are a few limitations to this study worth mentioning. It does not include transgender youth, nor does it discuss the compounded barriers that queer and trans youth of color face. It also does not account for homeless youth or those who are not in school. Further, it does not attempt to explain the complex reasons behind these vast health disparities.

Researchers have studied these issues before, both in the context of LGBTQ adults and with specific regard to youth. Nevertheless, the evidence demonstrated by the CDC’s survey should serve as an impetus for continued advocacy and discussion of the oppression that young queer people face every day.

What we can do: A call for change

As medical students and providers, we may encounter queer youth before, while or after they experience violence and mental health issues. Though the challenges they endure are systemic, entrenched problems, we can start by examining our personal relationships with our patients. There is no doubt that affecting institutional and societal change is necessary, but enacting justice must also start with ourselves. Here are a few suggestions:

Confront discrimination. Evidence shows that members of the LGBT community routinely encounter disrespectful attitudes, discriminatory treatment and prejudicial policies from healthcare providers. Some even face refusal of care. Beyond the fact that it is ethically unacceptable to discriminate against our patients, researchers have demonstrated that perceived discrimination is associated with greater mental illness and emotional distress among LGBT youth. Thus it is crucial to examine our own implicit biases and assumptions, and to address these issues with our medical teams, classmates and colleagues. Discrimination is directly related to poorer health outcomes and perpetuates injustice.

Do not assume. A simple way to engender trust is to be aware of our verbal communication, including nonjudgmental wording and tone. It is critical never to make assumptions about people based on how they look and act. Not all transgender people feel as if they are “trapped in the wrong body.” Not all gay women have relationships only with other women. Rather than assume, we should invite patients to share their own identities and behaviors. We should ask what pronouns they prefer. Most importantly, we should reflect the language that our patients use to describe themselves, ask for clarification when needed and apologize if we make a mistake. Someone who feels affirmed by sensitive language use will be more likely to experience better care.

Identify and respond to trauma. Physicians cite various barriers to asking about trauma, such as a lack of time and a lack of ability to respond appropriately. As the CDC has illustrated, we need to ask our patients about the various forms of violence they may have faced. Our actions may be triggering for myriad reasons. In someone who has been assaulted, for example, a routine physical exam could set off a neurological response that causes serious distress and further harm. Educating ourselves about trauma and how to respond with compassionate competence is part of our responsibility as medical providers. As Dr. Bessel van der Kolk explains, we cannot “treat” the horrible events of people’s pasts, but we can deal with “the imprints of the trauma on body, mind, and soul.”

Honor resiliency. By virtue of existing in today’s world, our queer and transgender patients are extremely resilient, brave and beautiful. They are artists, thinkers, scientists, activists, survivors and so much more than a statistic or a chart in our medical records. They are human beings who deserve exceptional care, just as all our patients do.

Olivia Low is a medical student.  She blogs at the Doctor’s Tablet. 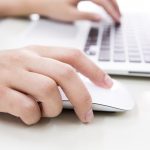 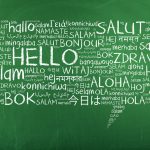 Treating LGBTQ youth affected by violence: Here’s what you should know
1 comments