Seven years ago, when I was first diagnosed with Stage 3 breast cancer, I approached it with a determination to win. As a competitive runner, that’s what I’ve always done. Cancer would be another uphill battle, with tough stretches as well as easier ones, just like my races.

My oncologist encouraged me to keep running during all my treatments, telling me it would help on many levels. He and I knew it would be a kind of therapy for me, in addition to my mastectomy, four months of intense chemo treatments and seven weeks of radiation.

When all that was done, I was declared in remission and put on a 10-year medication plan to prevent a recurrence. I had run the Boston Marathon many times, but when I crossed the treatment finish line in 2010, I knew I had run a much bigger race — the race to get the cancer before it got me — and I had won.

Until last year. I was training again to run Boston when I felt a pain in my hip. A visit to my doctor confirmed I had breast cancer again. But this time, it was Stage 4 — metastatic breast cancer. Not only had it come back, it had spread into my bones, including my skull.

My heart sank. I was angry and afraid. It seemed so unfair. All the questions you can imagine were the ones I had: Did I do everything I could have to avoid this? I had. Did I do something wrong? No. I lived a very healthy lifestyle and had stuck to the medication plan. So how, then, could this happen? It just did.

Unlike Stage 0-3 breast cancers, there is no cure, and I can expect to be in treatment for it for the rest of my life.

But I knew I couldn’t let the diagnosis, the anger, and the fear define me. So these days I’m focusing on the positive and on how I can make a difference for others.

My goal is to raise awareness about metastatic breast cancer. Most people don’t know there’s no cure for it, and that misunderstanding creates a whole different set of challenges for the men and women living with it.

We often feel exhausted and excluded from the conversation about breast cancer prevention and detection. We live every day knowing the cancer is still in us. Can you imagine that?

Patients like me, and countless others, are relying on new, innovative treatments to try when one we’re on that worked for a while stops being effective.

I have four children. I intend to see them all graduate college, engage in careers that they’re passionate about, and find their way in the world. If I could buy time, believe me, I would.

Raising awareness is key to dissolving misinformation and the barriers that come with it. I’m not suggesting we stop focusing on early stage breast cancers, but we have a lot of work ahead of us to make sure the dialogue includes metastatic breast cancer.

Breast cancer foundations should invest more in research for Stage 4 patients, instead of focusing mainly on raising awareness about early detection.

And let’s spark a conversation that educates the community about living with metastatic disease. Let’s explain how it’s different, that there is a big gap between what a patient with DCIS or Stage 0 breast cancer experiences compared with a metastatic patient.

Our physical and emotional pain is different from an early-stage patient’s. Many of us don’t even look ill. Yet we have a terminal diagnosis, an incurable disease. I had to learn to think not about dying from cancer but about “living with …”

Sometimes people avoid patients with Stage 4 disease because they’re afraid to say the wrong thing. And they might. For example, we patients may get frustrated when friends ask, “When will you finish treatment?” There is no finish line. It is basically treat, scan, repeat. And try one drug after the next.

But please take the risk. More than anything, we do not want to be treated differently or avoided. In October and every other month, we want to be included in the conversation. 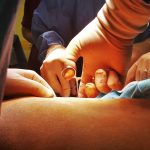 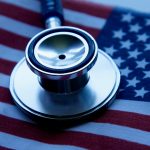