There is lots to love about American health care. We have some of the best clinicians in the world, as evidenced by the huge number of people who come to the U.S. from other countries when they are sick. Yet the American people are less satisfied with their health care system than are citizens of the majority of other developed countries.

Why do people in the land of the Mayo Clinic and Massachusetts General Hospital hate their health care system so much? In short, many Americans are upset that they cannot afford to make use of all this high-quality care when they need it.

To get a quick picture of these attitudes, take a look at this figure from a study by Joachim Hero and colleagues out of Harvard and MIT. The picture shows that Americans’ overall satisfaction with their health care system lags behind a slew of other developed countries – about half of Americans are satisfied with their health care system versus about 85 percent of Belgians (great country, by the way!), and 75 percent of Brits (who, I guess, love themselves some socialism!): 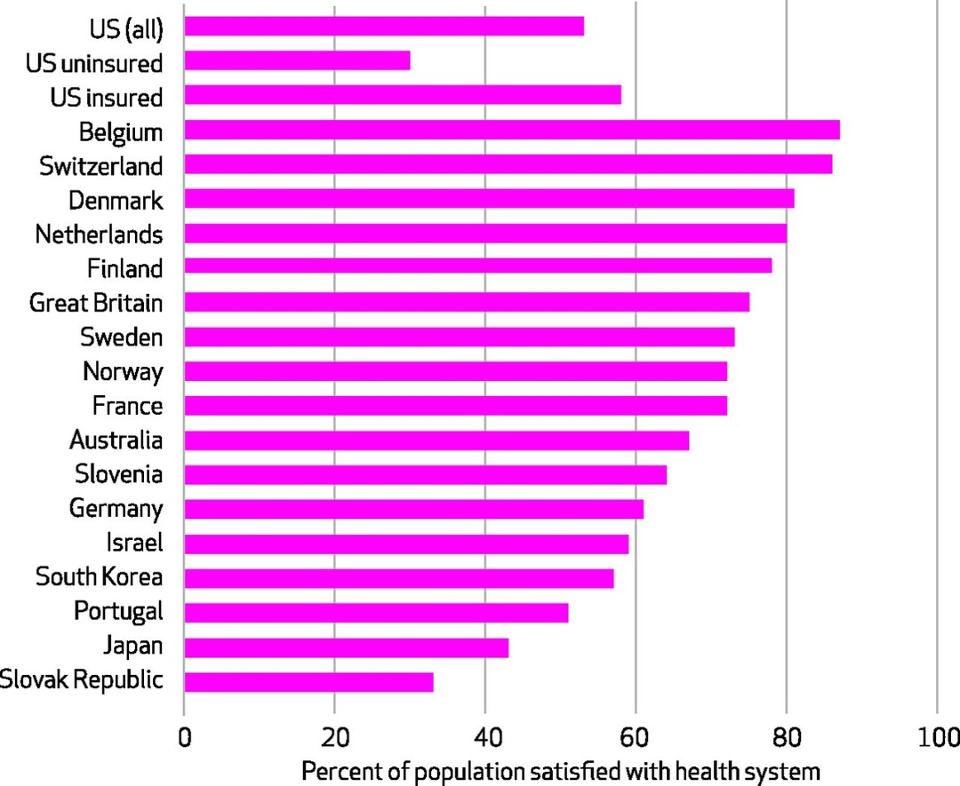 As the picture also shows, satisfaction is especially low among uninsured Americans, hovering near 30 percent. It’s hard to love a health care system that puts clinical services out of your financial reach.

Despite these low levels of satisfaction with the health care system in general, the majority of Americans report being “very” or “completely” satisfied with the most recent care they received in either a medical clinic or a hospital, a satisfaction which beat out all of but two of the countries listed in the above figure: 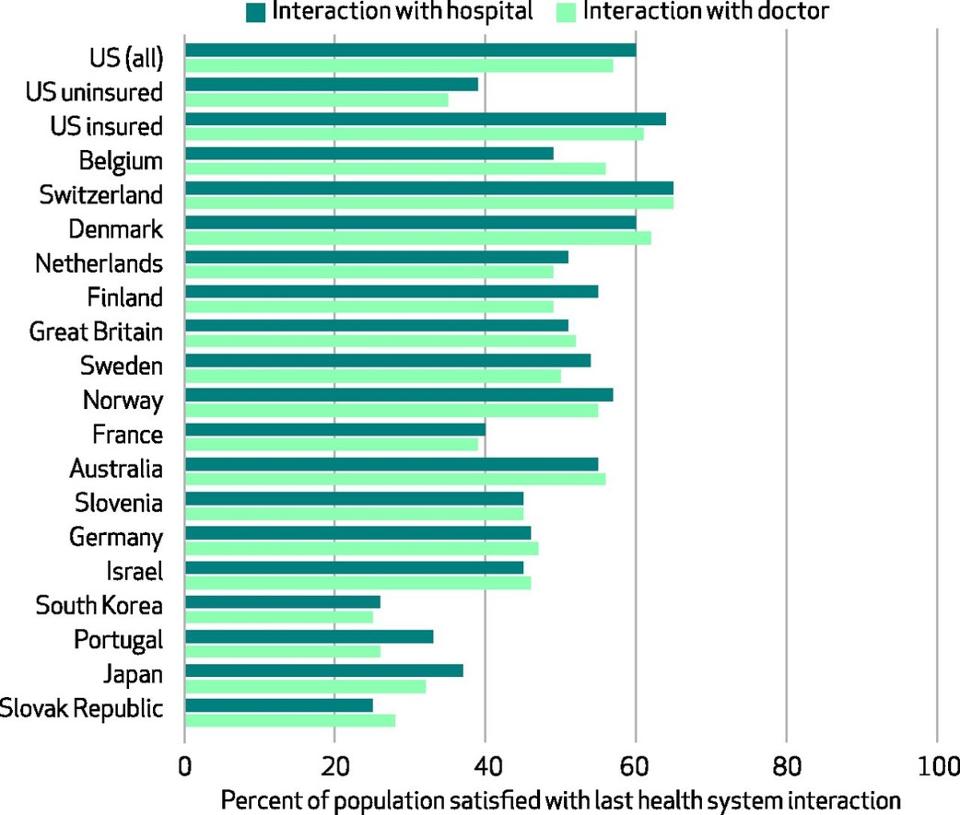 I guess American health care is like Congress, where most people love their congressional representative while detesting the organization. In the case of health care, however, the problem isn’t that people like their doctor or hospital but hate doctors or hospitals more generally. The problem is they hate that they can’t count on getting ready access to medical care to these doctors and hospitals when they need it. According to the survey, Americans were more likely than people from other countries to report struggles paying for their medical care. Indeed, cost troubles were a stronger predictor of health system satisfaction in the U.S. than they were elsewhere.

In short, we Americans can rightly brag about having some of the best medical care in the world. We just haven’t taken steps to make sure that people in our country can get affordable access to that care. With such great care dangling in front of them, just out of their reach, is it any wonder Americans are less happy than Belgians?

Does birth control cause depression? 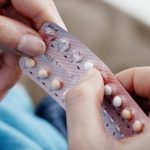 Should Target be responsible for a needlestick injury in its parking lot? 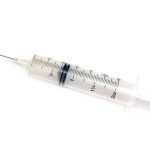 Why do so many Americans hate their health care system?
5 comments