It’s that time again. As the year draws to a close, various insurance plans try to finish collecting data to calculate bonus payments as “incentives” for “Quality” care. The only problem is that, as I’ve written before, all of their “Quality” measures are in fact nothing but proxies for cost, most of which I have no control over.

Back in the 1990s at the beginning of the managed care era, the model of the primary physician was that of gatekeeper. Twenty years later, the last vestiges of this model is the wretched “referral,” a word which used to mean something but was co-opted by the insurance companies to become the magic key to unlock the door to specialty care. The original idea was that I could control where patients went; preferably to cheaper (sorry, more “cost-conscious”) places. Couple of problems with this:

If a patient wants to go to hospital A for their procedure, the idea is that I can save the insurance company money by steering them to (cheaper) hospital B. Good luck with that! Oh, I still refer patients in the sense that I make specific recommendations about what doctors I think would best be able to help them, but the vast majority of the electronic referrals we put in for patients are basically self-referrals. Patients choose; we type. That’s just how it works.

Some of the other quality measures I fall short of include:

Colonoscopies. Face it. There are a certain number of patients who just are not going to do this. (They actually say so: “I am just not going to do that.”) My panels are very small and very stable, which means that by now, I’ve talked just about everyone into it who is going to do it. All that’s left are the holdouts, which makes me look bad. Granted there are new kids on the block, technologies that rely on stool testing, which is marginally more acceptable to patients. Perhaps over the next few years, I may see my numbers on this measure turn around. But in the meantime, on paper, I’m a terrible doctor.

Mammograms and Pap tests. Same basic issue as colonoscopies, except that few of the insurance plans have factored in the latest evidence-based guidelines on screening frequencies. This means that while my patients may be waiting until 50 to have mammograms every other year and getting paps every 3 to 5 years after decades of normal tests, I fail because everyone over 40 doesn’t have an annual mammogram or biennial Pap.

Adolescent well visits. Guess what! Did you know that adolescence isn’t over at age 18? It goes well into your 20s, at least according to various insurance plans. Once my patients go off to college, I don’t necessarily get to see them every single year. I’d like to, but they can’t always make it. And I get dinged for not providing “quality” care.

I’m not a registered PCMH (“patient-centered medical home.”) Why not? Because, as I’ve written before, a PCMH is a series of policies and behaviors to make a large practice work for the patient like a solo doctor’s office. Which I already am, and which I already do.

The PCMH is something else too, though: It’s a revenue stream for the AAFP via TransforMED. My problem is that upon crunching the numbers, I don’t think I can get paid enough in bonuses and incentives to offset the (considerable) cost of achieving and maintaining the formal status of a medical home.

My generic drug prescribing rate is over 94 percent though. You’d think that would count for something, but somehow the fact that all my other quality measures bring me out almost at the very bottom of the list means I’m not holding my breath to see any incentives.

Whenever I get these quality reports in the mail, I read them over, gnash my teeth, and see if there’s anything I can realistically do differently. Then I put them away, and struggle to forget about them.

All I care about is taking care of my patients. My patients seem to think I do this pretty well. I try very hard not to spend their money if I don’t have to, which they also appreciate. I return their calls as promptly as I can, and am available 24/7 by phone, text, email, Facebook, whatever. I pick up my fair share of cancers and diabetes, and I work really hard with patients to control their blood pressure, cardiovascular and other risk factors. I think I’m doing a pretty good job. They’re not dropping dead around me. (Then again, I’m pretty aggressive at pushing palliative care, including hospice when appropriate. So when they do die, it’s as comfortably as I can manage.)

So if you look at the meaningless quality indicators generated by various insurance companies, I look like a terrible doctor. But it’s because I work so very hard to ignore them. Trying to put a few more dollars into my pocket is not going to result in better care for my patients, and that’s what really matters to me.

So yes: The insurance companies say I’m a terrible doctor. And I’m proud of it. 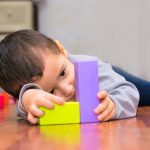 Did a prostate cancer test save actor Ben Stiller’s life? 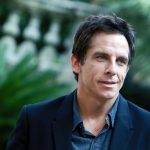 The insurance companies say I’m a terrible doctor. And I’m proud of it.
8 comments