A provocative new study from Denmark supports a link between hormonal contraceptive methods (like birth control pills) and depression. The association seems to be strongest for adolescent girls.

Huge studies like this are based on huge datasets. In this case, the study relies on the Danish medical system’s longstanding penchant for meticulous and integrated medical records. You couldn’t do this kind of research in the USA, where medical records systems can’t talk to each other or combine their data in a coherent way.

The researchers started by reviewing the medical records of Danish women, age 15-34, from 2000 through 2013 (excluding women with a preexisting diagnosis of depression or related disorders). To determine when women took hormonal contraceptives, they relied on the National Prescription Register, which included all prescriptions made and filled for combination contraceptives (these are the ones most commonly used) as well as other medicines and devices (like implants and injected progestin) that rely on hormones to prevent pregnancy. For the purpose of the study, women were considered to be on prescribed hormones for the period of time they filled these prescriptions plus six months. Over a million women made up the final dataset, followed for an average of 6.4 years each. At any given time, 55% of the women were taking these kinds of contraceptive medications.

This doesn’t necessarily mean that the contraceptives caused depression. Observational cohorts like these only show a temporal association. It’s possible that women taking contraceptives are more likely to become depressed for reasons unrelated to the medication itself – perhaps in relation to the kinds of relationships they were in. Contraceptives are prescribed for many reasons other than contraception, such as improving menstrual symptoms or to help with acne. It’s also true that antidepressant medications are prescribed for things other than depression, like anxiety disorders or some chronic pain syndromes.

Still, over a million women in the study and the effect size (especially among adolescents) was significant. While this study does not mean that women shouldn’t take contraceptives, it does mean that prescribers and their patients should keep depression in mind as a possible side effect, and that women at risk for depression may wish to consider other non-hormonal means of contraception.

What can the Amish teach us about asthma in children? 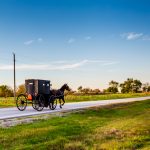 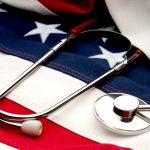 Does birth control cause depression?
4 comments