After five years of doing bedside ultrasound, I’m still excited about it. Bedside, or point-of-care ultrasound is using an ultrasound machine during the physical examination of a patient in order to make a diagnosis. I use a pretty tiny machine that fits in my pocket. As an internist who works in the hospital and in rural clinic outpatient settings, I get to use my ultrasound all the time, and it’s still lots of fun. (Those of you who have read this blog for awhile can skip the intro and go to the cool cases.)

When I talk about it, most people who haven’t already heard me wax eloquent say, “You mean you look at babies?”

Ultrasound has been used as a bedside tool for looking at pregnant wombs for a very long time. It is extremely useful for that, since you can see if the baby is alive, about how old it is, whether there are two, what position it is in and a number of other useful things. I would never give up the chance to look at a baby if my patient were pregnant and willing, because they are so cute, but since I am not an obstetrician, I look mostly at other things.

I can see whether the heart is failing, whether there is extra fluid in the lungs or belly, whether the kidneys are blocked, whether the bladder empties. I can see pneumonia and broken bones, tell whether a swelling is full of fluid and whether a lump is solid or a cyst. I can see disease in blood vessels and stones in gallbladders. Combined with talking to a patient and doing my usual physical exam, I can determine whether a patient is dehydrated or the opposite and can often be more accurate about diagnosing blood clots or sepsis. It’s cool. Yes, indeed it is.

This week I worked as an outpatient doctor in clinic and also in the hospital, admitting and taking care of sick patients. I use the ultrasound nearly every time I examine a patient, and it always helps, but there were some cases in which it was more spectacularly useful than in others.

A patient in clinic had pain in her head and cheek and teeth on the right side 3 weeks after getting a cold. She had a long history of allergies and sometimes used a nose spray or an antihistamine, but this was worse than usual. On exam there were polyps in the nose and maybe a little bit of tenderness in the right side of her face. It is possible to use the ultrasound on the sinus bones behind the cheek to see if there is fluid, because fluid transmits ultrasound and you can see the back wall of the sinus only if there is fluid in it. I could see the back wall on the right, the side with symptoms and not on the left. I diagnosed a sinus infection. She will try nasal steroid spray and washes to see if things can open up and drain, and if that doesn’t work, she has a “pocket prescription” for an antibiotic which she can fill and take. I also looked at the teeth on the right with the ultrasound and found no evidence of an abscess, which was reassuring.

Another patient in clinic had stubbed his toe pretty hard. It had swollen and then swollen some more, and he was concerned about an infection. The clinic does not have an x-ray machine and is a pretty long drive to the closest one. Besides the cost, it takes an hour of a patient’s time to wait, fill out papers and then have an x-ray done, plus I will usually then wait another hour for results, and the patient will then be difficult to contact. I was able to ultrasound the toe, find a non-displaced fracture at the point where he was tender and give an explanation plus an appropriate set of recommendations.

At the hospital, I had a patient who had been admitted with low blood pressure and likely pneumonia along with blood enzyme tests suggesting a possible heart attack. He responded well to antibiotics and fluids and, due to having lots of chronic medical problems, wanted to avoid being transferred to a larger hospital to see a cardiologist. I knew from previous visits what his heart looked like with ultrasound and could tell him that it looked no worse, which meant that an emergent visit to the cardiologist was not necessary. I was able to use the ultrasound of the heart at the time of our conversation to help guide our shared decision-making about whether to get in a helicopter and head far away from family and friends.

Another patient had severe pancreatitis, an inflammation of one of the nastiest and most caustic organs in the digestive system. He was 80 years old and drank too much whiskey on a daily basis, which caused the pancreas to become angry. After a day or so he developed an acute alcohol withdrawal syndrome, trying to crawl out of bed, anxious and with an elevated heart rate. We treated him for the alcohol withdrawal, but his heart rate remained elevated. Was he dehydrated? None of the other labs gave me the information I needed, but ultrasound of the inferior vena cava showed that he had been adequately hydrated and that, as expected in severe pancreatitis, there was some fluid in the belly and at the base of the lungs, so more fluid would make things worse rather than better. I was able to repeat the ultrasound daily to determine how much intravenous fluid to give.

A young man, with a history of longstanding intestinal inflammation and several operations in the past, presented with abdominal pain. X-ray was pretty normal, but can be hugely misleading. A CT scan would have been helpful, but is associated with a high radiation dose. He had undergone many CT scans in his life, and the possibility of his developing cancer on the basis of his radiation exposure was already significant. I was able to look for fluid in the belly or fluid-filled loops of bowel which would suggest obstruction and feel pretty confident that a non-surgical approach to his problem was safe.

It was a good week. Nobody died. I felt competent. Patients were happy. Bedside ultrasound was terrific. 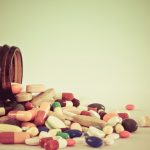 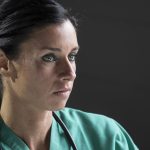