In general, I would predict that the audience reading this blog knows about medicine’s suicide epidemic: Roughly 400 physicians and 150 medical students kill themselves each year in the United States. This means that every year, about a million Americans lose their doctors to suicide.

This crisis is a public health issue. The puzzling question is: Why isn’t it publicly known? If one million Americans were affected each year by a virus, there is no doubt that it would be mainstream information. With physician suicide, however, the stories are often swept under the rug.

Some problems are so hard to talk about that they are easier to hide, ignore, or deny; however, these are the issues we should be talking about the most.

Author Brene Brown says, “What feels like weakness looks like courage.” It takes an immense amount of vulnerability to talk about something so fragile, so impactful, and so harmful; but these are the courageous conversations we must initiate in order to address tragedies within our healthcare system.

Another quote: “ What you resist, persists.” By sweeping suicide under the rug and denying its existence causes stigmatization, creating a culture where it will continue unchecked and unchallenged. Accepting that a crisis is here and facing it head-on is the only way we can begin to mobilize around fixing it. If we talk about it, we can raise public awareness, which is a progressive step towards solutions that will change the course of this hidden epidemic.

Addressing this issue is the difference between life and death for many current and future clinicians. It is time health care’s ugly secret becomes public knowledge.

Words based on the work of Pamela Wible who is a tenacious force in fixing this systemic crisis.

Helping a patient is more important than following a policy 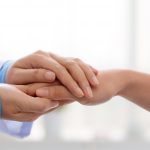 The value of a spiritually competent doctor 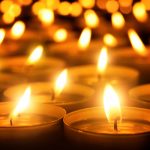