I’m seeing a fifty-something with knee pain when I feel the curtain behind me erupt open. It’s Roland, my last patient, and his breath is at my neck: “Why are you being so difficult?” he says. “Why can’t you just give me the prescription?”

I turn, and wave my hand over Roland’s head.

He’s swearing again, and I can hear security’s racing footsteps as a code white is called.

“I have nothing more to say to you,” I tell him. “You don’t need a prescription.”

Roland sounds like an escaped inmate as he’s hauled out of the department, hands held behind his back.

“I’ve had a bad throat for a couple of days,” he told me. “It happens every year. They usually give me Zithromax, and it goes away.”

He admitted to having a cough and fever, but no other symptoms. He denied any previous medical or surgical history, and told me he smoked half-a-pack a day.

“Zithromax always works,” he added before I pointed the otoscope into his ear.

I could have told him, even before I examined him — you probably don’t have it — but that isn’t what he wanted to hear. He’d already called for his antibiotic of choice, like a customer yelling “Big Mac meal” at the drive-through. His ears were normal, as was his throat, and his lungs. His vital signs were perfect. Other than mild congestion, there was no sign of illness.

“It’s very unlikely that you have strep. It’s uncommon after the age of eighteen, it almost never exists with a cough, you have no fever, and your throat looks normal.”

He clears his throat and points to his neck.

“I just need Zithromax.” He stretches out his fingers: “Five days.”

“I’ll take a swab,” I told him, knowing that even this was unnecessary. “But it will likely be negative.”

“Can I have a prescription in the meantime?”

“You don’t need a prescription.”

“Why are you being so difficult?”

I explained that his illness is viral, and that antibiotics are indicated for bacterial infections. He asked again, and when I told him again he didn’t need it, he began swearing. I moved on to the next patient.

A year earlier, I saw Micah Stanton, a hefty five-year-old wheeled into the department by his mother. He’d been on antibiotics for three days — amoxicillin — prescribed at a walk-in clinic for an ear infection.  He’d vomited a few times before midnight, but then diarrhea started; first every hour, then twice an hour. He’d had at least twenty episodes. Micah’s respirations were quick, his skin pale, his eyes sunken. He was severely dehydrated, and his stool tested positive for Clostridium difficile — a sometimes deadly stomach bug associated with antibiotic use. His belly was tender, he was limp and lethargic, but his ears were perfect. If there had indeed been an ear infection, it was likely mild — and current guidelines suggest that antibiotics are likely not needed for mild episodes.

When antibiotics destroy normal gut bacteria, Clostridium difficile can flourish, produce toxins, and cause unrelenting diarrhea. Different antibiotics are used to treat C. difficile, and when those fail, some have tried fecal transplantation. Think about it: A disease so bad that patients would consider having someone else’s crap shot into their rectum for relief. That’s some bad crap.

Another patient I’d seen in the ER, had a cough and cold for four days. On the fourth day, she developed severe diarrhea, and was unable to stand because of weakness. She told me that she’d been to a walk-in three days in a row, because her cold wasn’t resolving. She’d been given a new antibiotic at each visit.

“Your illness is viral,” I told her. “Antibiotics won’t help you.”

I resisted asking her why she’d gone to see a doctor three days in a row for a cold. When I’d tried suggesting to Roland that his illness was viral, and he didn’t need antibiotics, it didn’t register. It was as if I were simply making a suggestion — like I was trying to dissuade him from buying Apple Care — when he really wanted the added security. It’s staggering, that in grade school I learned that hockey great Bobby Clarke was from Flin Flon, Manitoba, but I didn’t learn that antibiotics don’t treat viral infections. A 2015 World Health Organization study showed that Roland is not alone; sixty-four percent of respondents believed antibiotics could treat colds and flus.

For more than forty years, it has been known that antibiotics are not effective for the treatment of acute bronchitis. However, a 2010 study suggested that 71 percent of cases between 1996 to 2010 were treated with antibiotics. Walk-in clinics are not the only ones to blame. Overprescribing happens daily in doctor’s offices, as well as hospitals. In an era where patient satisfaction is a widely emphasized indicator of health-care quality, antibiotic prescribing has been consistently shown to improve patient satisfaction scores.

If the possibility of C. difficile wasn’t bad enough, there is the issue of antibiotic resistance, which is in part due to antibiotic overprescribing. The emergence of a treatment-resistant Gonorrhea has recently been making headlines.

Eight months after Roland was escorted out of the ER, I saw him again with another minor ailment. He didn’t remember me, and I didn’t remember him, until I looked up his prior medical record. He was already on a first-line antibiotic, but wasn’t improving. Attached to his record was every prescription he’d filled since his last visit to the ER — twelve in total, including Zithromax, amoxicillin, Augmentin, clindamycin, metronidazole, and cefixime. Even more astonishing, was that each was from a different doctor — including three different antibiotics from three different physicians, all on the same day. What’s simpler — explaining viral vs. bacterial illness, or writing a script and moving on. Walk-ins, like hospitals, thrive when their metrics are good – wait times, lengths of stay, patient satisfaction.

Even I give in — occasionally — when tired, when I’m taking care of a critically ill patient, running back and forth, trying to keep the department flowing. Most patients, however, will listen, when there’s time to explain that antibiotics aren’t needed, and that they can often cause more harm than good.

And that throat swab, from Roland’s initial visit? Predictably, it was negative. 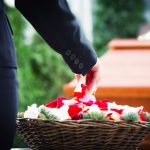 The hospital is a microcosm of America's melting pot 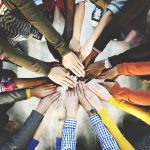