The Affordable Care Act has been touted as the answer to our country’s huge uninsured epidemic. There is no denying the fact that millions of uninsured people signed up for insurance through an expanded Medicaid program, which is called Medi-Cal in California. The blessings of a decrease in uninsured patients makes for a great sound bite and has been repeated over and over in the media. The only problem is that Medi-Cal is a lousy excuse for insurance and in my opinion should not be allowed to be called insurance at all. Its existence as an insurance option endangers the whole insurance industry.

First of all, let’s not confuse this with talk about Medicare for all programs. Unlike Medi-Cal, Medicare is a very successful program that covers 50 million seniors and is accepted by a majority of doctors. On the other hand, Medi-Cal, is insurance for the poor and is not a successful program. Medi-Cal is rarely accepted by doctors and reluctantly accepted by hospital systems. Since the rollout of the Affordable Care Act in January 2014, over 4 million Californians have signed up for Medi-Cal insurance. A total of 12.7 million people are covered through Medi-Cal which is a whopping 1 out of 3 Californians. Imagine if the news media had actually repeated the message that the federally funded insurance that was being offered to millions would not help them if they developed cancer.

In fact, a recent study out of UC Davis showed that Medi-Cal patients fared no better than uninsured patients at having cancer caught at an early stage, receiving recommended treatments or survival five years after diagnosis. Wait a minute, isn’t insurance designed specifically for when you get cancer?

Actually, Medi-Cal was not designed to take care of cancer patients at all. It was originally created to provide insurance for family planning, obstetric care, and immunizations for children.

Many that are reading this article may say, “I have the best insurance that money can buy, and I don’t have to worry about all this stuff.” Well, you are in for a shocker. The private insurance industry really likes the Medi-Cal model and every year we seem to be getting closer to a Medi-Cal for all type system.

What does a Medi-Cal for all type system look like? Well, for starters it is a system where the reimbursements to providers and hospitals are so low that finding care becomes close to impossible. Are insurance companies starting to do this? Yes, insurance companies are now utilizing narrow networks of providers, which essentially creates a shortage of providers even in areas that are densely populated with physicians and specialist.

Imagine a hypothetical scenario where there are no providers in a make-believe insurance network. If there are no providers, then there can be no provider bills or any other medical bill for that matter. Creating a medical bill is close to impossible without a provider. A good example of this is when you buy over-the-counter medications. Since no provider is needed to prescribe these medications, your medical insurance is off the hook. Only when your provider writes the orders, does your insurance agree to pay the bill. This make-believe insurance company, which has no providers in its network, can make tons of money taking insurance premiums from people and all but guarantee few claims to pay out.

Many could counter this argument with the fact that free market competition would never allow this situation to materialize. But, I am afraid that competition in the insurance industry is really out of style these days. The insurance exchange co-ops that were supposed to bring competition to the marketplace are going bankrupt. Mega-mergers are the latest novelty. Did you know that Anthem just bought Cigna or that Aetna is buying Humana. Competition is dead, and we are headed into the abyss of monopolized corporate medicine. All this while we are forced into buying insurance or pay a penalty as high as 2.5 percent of our annual income this year.

Unfortunately, I do not see a rebirth of quality health care coming out of a monopolized insurance industry. We are barreling down a path towards a Medi-Cal for all system. Many will reject this system rightfully and choose to seek care through a direct pay model. By paying the doctor directly, there is substantial savings to the patient and providers can charge based on the value of their services. Expect to see direct pay primary care, urgent care, and specialty care clinics popping up in a neighborhood near you.

Manuel Momjian is a family physician.  This article originally appeared in the Urgent 9 blog. 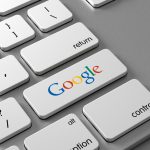 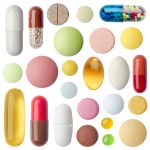