Physicians spend almost twice as much time each day typing on computers and filling out paperwork as they do seeing patients. That astonishing conclusion comes from research published this week in the Annals of Internal Medicine.

Just think about that. How would you feel if you spent two hours documenting every hour of work that you do? How would your boss feel about it? You’d be depressed and frustrated; your boss would probably be angry as hell.

We know it’s going to get worse because we know what’s causing it in the first place.

And that’s what’s missing in this study. Why? Why do physicians spend just 27 percent of their time “on direct clinical face time with patients” and 49.2 percent on electronic health records (EHRs) and “desk work”? From my nearly 50 years in medicine and thousands of conversations I’ve had with my colleagues, I can guarantee you it’s not a willing choice.

But again, the question is “why.” Why is this happening? Part of it has to do with EHR systems that appear to have been designed by someone who never set foot in a physician’s exam room. They’re clunky, not intuitive, and don’t fit the flow of how we examine, diagnose, and interact with our patients.

But the bigger issue is why we have to enter all of this data into a computer system in the first place. It comes back to an alphabet soup of government regulations that definitely were written by someone who’s never been in the exam room with a patient. The Physician Quality Reporting System (PQRS), Meaningful Use (MU), and the Value-Based Payment Modifier (VBM) program all aim to “capture” the quality of care we’re providing and score us on the cost of that care. MU — the worst-named government program ever — actually cuts our Medicare payments if we don’t use an EHR.

A study published in Health Affairs earlier this year estimates the cost in physician time to comply with just one of those programs, PQRS, exceeds $50,000 per primary care physician per year. That’s a lot of money; but it’s also a lot of our time. That’s time the government has stolen from our patients.

And — as I mentioned earlier — it’s only going to get worse. The Merit-Based Incentive Payment System (MIPS), part of the Medicare Access and CHIP Reauthorization Act (MACRA), begins in January. MIPS is supposed to replace PQRS, MU, and VBM. But, as I wrote in this space in June, the new program looks to be far more costly, complex, and confusing than the costly, complex, and confusing programs it is replacing.

The Centers for Medicare & Medicaid Services (CMS) estimates MACRA will add $128 million a year in compliance costs above the costs of complying with the programs it is replacing. Texas Medical Association analysis finds that “official” number woefully low.

And all of that brings us to one more, even bigger question: Does the government know what it’s doing to physicians?

We went to medical school and dedicated our lives to helping people heal and stay healthy, not to become data entry operators. But that’s what we have become, and that’s taking a toll on physicians, our patients, and the entire health care system. Physicians are burned out and unhappy, patients have less time with their doctors, and everyone has to pay more to get less care.

I’ve been a patient — a seriously ill patient — and I owe my life to the physicians who helped me recover from West Nile virus encephalitis. Like every patient, I don’t want a burned-out, unhappy doctor who’s enslaved by his computer. I want a bright-eyed, engaged, and satisfied physician who has the time and energy to put me — and my health — first.

What this family physician learned from his dog 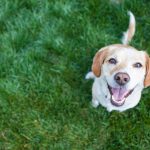 The social history: Our patients are more than their diseases 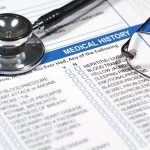 Does the government know what it’s doing to physicians?
52 comments