I have already opined on my disapproval of a medical marijuana law recently passed in Ohio.  Once of my points in that piece is that I did not want legislators making medical decisions for us.  They can’t even do their own jobs.

I am not against medical marijuana; I am for science.  The currency of determining the safety and efficacy of a medicine should be medical evidence, not faith, hope or belief.

Marijuana is a Drug Enforcement Agency (DEA) Schedule 1 drug, alongside heroin, LSD, and ecstasy.  I realize this seems odd since most of us do not believe that marijuana has the health or addictive risks of the other agents on the list.  It doesn’t.  But, danger is not the only criteria used in determining which category a drug belongs in, a point often misunderstood or ignored by medical marijuana enthusiasts.  An important criterion of Schedule 1 drugs is that they are deemed to have no proven medical use.

The federal government recently affirmed marijuana’s Schedule 1 status, which disappointed those who argue that this agent is the panacea, or at least an effective treatment, for dozens of ailments.  The government disagreed.  It reviewed several hundred medical studies and only identified 11 of them that were of sufficient scientific quality worthy of consideration.  None of them demonstrated a salutary effect of marijuana.

An advocate of medical marijuana use was railing against this decision and stated that 80 percent of Americans believed marijuana had medical value.  His point demonstrates the vacuousness of his argument.  He might support letting polling determine if a drug is safe and effective; but I trust the FDA and hard science to make these determinations.

I am sure that if we polled the public on the medical benefits of probiotics, gluten restriction, GMO foods,  organic foods, radiated foods, colonic detoxification, yoga, veganism and meditation that we might find that the public’s belief in these practices doesn’t have firm scientific support.   I do not argue that these dietary and lifestyle practices do not have health benefits or enhance life in other ways, only that they are either unproven or disproven.  There are still folks out there who believe that the measles vaccine causes autism, even though this theory has been thoroughly debunked. In my view, releasing a medicine to market requires firm scientific support.  Anecdotes and low-quality “studies” should be afforded the weight they deserve.

Should we open up the gates to all kinds of potions and elixirs that are unproven for the public?  We do!  They are called dietary supplements.  These agents are considered safe until they are proven to be dangerous.  Is this the standard we want for prescription drugs? 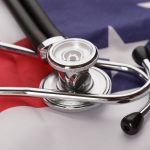 The complications of firing patients who won't vaccinate 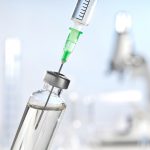 This doctor is against medical marijuana. Here’s why.
27 comments