This is a line spoken by Tom Hanks, who played the title role of Captain Chesley “Sully” Sullenberger.

I remember being on Twitter on Thursday, January 15, 2009, when I started seeing pictures of a plane in the water and people standing on the wings. I learned that it was US Airways Flight 1549. This was probably one of the first live events I witnessed with cable TV on one screen and my Twitter feed on another screen. As we learned that all the passengers and crew were saved, it was fascinating to watch social media celebrate this.

The movie Sully markets itself as contrasting the positive press coverage of Captain Sully with the behind closed doors investigation by the National Transportation Safety Board. The Tom Hanks character did a great job depicting the roller coaster emotions going from confidence in his actions, to self-doubt, and everything in between.

There are three things that I learned about myself and my profession as a physician when I saw this movie. I learned it through three popular lines from Sully:

“No one ever trained for an incident like that.” I’ve been practicing medicine for 15 years, and it would be naive for me to think that I have seen everything in medicine. Professionally, the best that I can do is to continue learning new information, to continue learning from my mistakes, and continue to try to keep current on the rapidly changing work of medicine.

“I did the best I could.” In a profession that demands perfection, it would be naive for me to think that I will do everything perfect all of the time. Utilizing my knowledge, my experience, and my colleagues, I will do the best we can for our patients and their families.

“I’m going to be judged by 208 seconds.” No matter what has happened in the past, however, positive past actions were, sometimes you will only be judged by the decisions made in the here and now. We live in a “what have you done for me lately” society, where blame is easily given. As a constant reality check for physicians, medicine has humbling axioms like, “It’s not if you get sued, but when you get sued.” Medicine does not have time for bad decisions, much like being a pilot.

The Hamilton lyrics that resonate with this trauma surgeon 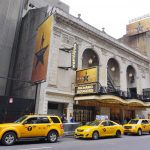 Physicians can lead from the bedside 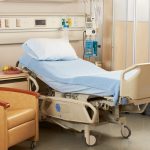