The world can be a lonely place. Despite technology designed to bring us closer, it seems we’ve become more isolated. We view profiles rather than embrace complete individuals. We spend hours crafting a persona, a smooth and unblemished public face. Raw, unattractive emotions: grief, insecurity, jealousy. We mask those from others and even hide them from our deepest selves. Ultimately, rather than becoming more connected, I suspect we are cast adrift. The prison has virtual walls, but the consequences could not be more concrete. We stand in crowded rooms and can’t imagine being more alone.

One of the things I like best about working in palliative care is the permission I have to be truly present with people. Few others are tasked with understanding and navigating both the inner workings of the human body and the fragile contours of a person’s soul. Frequently, well-intentioned friends and acquaintances say things like, “I could never do what you do” or “your work must be so difficult.”

What they perhaps don’t appreciate is that the work I do is what humans have done for ages: bearing witness. Companioning. Sharing the road with another, if only for a brief portion of the longer journey. Somewhere along the way, most of us lose hold of the threads that connect us all; those of us who work with the dying still feel the tug of the strings.

I know the effects such companioning has on me. If I can slow myself down long enough to sit with someone in stillness, and if I can quiet my internal monologue long enough to listen in silence, I can bear witness to humanity. Not the glossy humanity of reality television: true humanity.

We who work with the dying know we are blessed to witness, privileged to walk alongside. When a patient tells me his story and offers a glimpse into the secret place inside his soul, the air between us becomes almost audibly charged. It is a harmonic that sings to all that is good in the human race. The string that connects us vibrates and the universe resonates.

And yet, in my autobiography, I write myself as the person who sits with others, never as the one with whom another sits. I give families permission to grieve when the world tells them to present a brave face. I encourage patients to name their sufferings when society implies that suffering is a burden best borne silently and alone.

But who comforts the healer? Who walks beside the companion? Training and experience have taught me that my emotions are subservient to the needs of patients. It’s a lesson I’ve learned well. Real doctors don’t cry. Real doctors don’t admit they are hungry, tired, uncertain, or broken. I am the master hypocrite; I call it strength when people open up to me, but it’s inexcusably weak for me to lean upon another.

But the invisible threads linking my fellow human beings to me also connect me with humanity. When I shake, there are those who feel the vibration and respond, sometimes in unexpected ways.

Two years ago, I received a call that my younger brother was dying. Over a period of a few weeks, this 24-year-old young man went from living independently to being paralyzed, blind, and unable to speak or swallow. The technical term is “neuromyelitis optica”: it’s an illness as rare as it is devastating.

Frantic, I purchased airline tickets to see him before it was too late. The connections were tight, and the cost was astronomical. I rounded on several inpatients the morning of my departure and arranged for coverage in my absence. I kissed my husband and son goodbye with assurances that I was fine, settled into my seat, and braced myself for the journey.

But the plane didn’t move. We sat on the runway. At first, I remained calm. I could still make my connection, still arrive in time to say goodbye. More time elapsed. Finally, we were airborne, but we couldn’t regain enough lost time. Fighting rising panic, I stopped the flight attendant to ask whether there was anything to be done. It was urgent, I said. My brother was dying. I had to get there before it was too late. Her brusque response was that there was nothing to be done; I would either make the flight or I wouldn’t. It wasn’t up to her. Tears sprang unbidden to my eyes. She looked uncomfortable and quickly moved away.

Embarrassed, I told myself to pull it together. I took deep breaths but instead of gaining mastery over my emotions, the tide of grief rolled over me. I cried in earnest then, my face blotchy as hot tears coursed down my cheeks. I was mortified at my behavior but helpless to change it. My seat mate turned away and my section of the plane grew quiet, complicit in my own attempts to deny the reality of my breakdown.

Then a hand touched my shoulder. I turned and the face I encountered was open and kind, the lady’s eyes compassionate but not pitying. I don’t remember exactly what she said, but I recall she told me she was sorry I was suffering, that she wished there was something she could do to ease my pain. She grasped my hand, squeezed it gently, and released it.

From somewhere in her bag, she produced a carved wooden crucifix. She carried it with her thinking it might somehow, at some time, bring comfort to one who needed it. This stranger then offered me her small crucifix. We talked as my tears dried and my flushed face cooled. I still felt a cyclone of anguish and guilt, but I felt those things in a space of true companionship. In a lonely world, I was for the briefest of times no longer alone.

As it happened, I arrived that night and saw my brother one last time. I sat by his bed, held his hand, told him I loved him, and said goodbye. I sang the song that always soothed him when he was a baby. He couldn’t speak, but I sat with him in silence and stillness, listening for the voice of his soul, feeling for the vibration of the thread that connected us still. He died early the next morning when the sky was almost painfully blue and sounds of singing birds floated in through the open window next to his bed. I held the small wooden crucifix the entire time, allowing the thread connecting me to the stranger on the airplane to weave steel into the gossamer strand linking my brother to me.

We are bound to each other on this planet, but the threads are fragile and easily severed. When our fellow humans cry out, we choose to either snap the thread or pull them closer, as a mountaineer reels in the companion who slips from the cliff’s edge. In times of joy, it is perhaps easier to embrace people in love and fellowship.

However, it’s in times of pain and grief, hurt and anger, fear and uncertainty, that we discover the true essence of what it means to be a companion. Sometimes we are called to walk alongside others, but it is just as important that we allow others to walk alongside us.

When the precertification office is closed 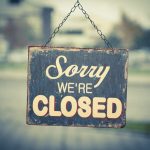 Medical student: "I was less stressed in Afghanistan." 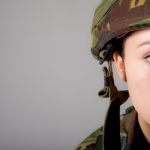