I had just taken over three other residents’ phones and pagers when 2-year-old “Bryce” jumped off the couch in our oncology unit, landed on his chin, and bit completely through his lower lip. I quickly reviewed his platelet level from that morning, examined him, and began calling plastic surgery and anesthesia for sutures. While I was on one phone, a second one started ringing. I declined the call and tried to text back, but immediately the third, and then the fourth phone rang. Assuming somebody was dealing with an emergency, I paused Bryce’s care to take the fifth call. A nurse had wanted to run another child’s fluids at 10 mL/hour instead of 5 mL/hour, and wanted me to change the order officially. “I could have helped you with this by text,” I told her impolitely, but I changed the order.

Unfortunately, the basic communications technology used in hospitals — phone calls, simple text messages, and pages — doesn’t allow us to triage issues or iteratively cooperate in team-wide planning. The resulting interruptions make it difficult for residents to prioritize tasks, finish what we start, and batch similar tasks together. Fortunately, the software we need would not be difficult to build.

The pace of interruptions has many consequences. Faculty physicians have been complaining of a decline in resident attentiveness to teaching amidst our increased clinical duties. And Johns Hopkins found in 2012 that residents now spend only 12 percent of our time actually talking to patients, including 0.5 percent on family meetings and 0.1 percent on patient education. An astonishing 64 percent of our time is spent on “indirect patient care”: entering orders, writing notes, and answering phone calls.

“The thing about the constant calls,” an exhausted surgery resident told me, “is that you’re so busy just taking them that you can’t actually solve any of the problems they’re asking about.”

One resident reported receiving ninety pages per shift: one every eight minutes. I’ve tried to visit a patient, examine him, explain my assessment to the family, enter an order, communicate with a nurse, and document the encounter in eight minutes. It doesn’t work very well.

Residents are often taught to “train our nurses” by refusing to solve non-urgent issues when they contact us at inconvenient times. This isn’t just obnoxious, it’s also inefficient: As our tasks build up, it’s easy to lose track of them. Most importantly, it misses the underlying issue: nurses call because it’s the only way to guarantee that we know about the issues that our patients are facing and the care that they need.

In an attempt to find a technological solution, the hospital I work at transitioned to “Voalte” phones, based on early-generation smartphones. Voaltes offer the ability to text, but do not have a mechanism for sorting, triaging, or guaranteeing that we’ll see a message or address the issue. A texted task, therefore, remains the nurses’ responsibility. Like us, they are overworked and often-interrupted, and they run the risk of forgetting deferred tasks. Besides, when reporting critical laboratory values or patient arrivals, our hospital requires that nurses call because texting is rightly considered unreliable. When sixty oncology patients have labs drawn at the same time and the nurses, call the intern for every “critical,” that intern won’t be getting much done that hour.

We can mitigate these pressures not by berating residents to pay more attention or by training more docile nurses, but by better equipping them to prioritize and communicate using a shared to-do list modeled after Google’s Inbox software. A nurse would send a task to a resident, who would have twenty minutes to press one of five instant-reply buttons:

Each would give the resident the option to elaborate via text or phone call. (Elaboration would be mandatory for a “decline.”) If twenty minutes passed, the phone would buzz again to request a decision.

And, of course, phone calls would remain the best way to communicate an emergent issue.

Ideally, the task list could also interface with computerized order entry systems. A nurse could place a preliminary order, which a resident could review and sign it directly. For example, every baby in our neonatal intensive care unit gets surveillance bacterial cultures at 2 a.m. every Monday; each of the seventy-two identical orders could be verified with a swipe right. And residents could set custom notifications for specific laboratory results or vital sign changes.

A shared task list should do more than simply relay button pushes: it must be an iterative process in which every member of a team shares responsibility and authority for triage and joint decision-making. The list should inform the nurse of a resident’s action on any given task and then allow the nurse to give feedback. If a resident “snoozed” an issue to address later, a nurse should be able to “un-snooze” it with a short message explaining its priority.

Residents in our intensive care unit recall one particularly kind charge nurse. She would visit each bedside nurse, triage and batch a single list of tasks for the resident, and review it at one sitting with the overnight resident. Her assistance was invaluable in helping us to focus on the sickest patients while still ensuring that necessary administrative tasks were accomplished. She, like many of our nurses, represented teamwork at its best. We can replicate and scale that teamwork not by increasing demands on our nurses and residents, but by giving them better collaborative tools based on an existing technological architecture. Joint decision making will make our residents more efficient, prevent nurses from worrying, and allow our teams to prioritize those who matter most: our patients. 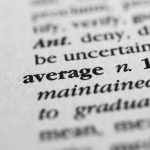 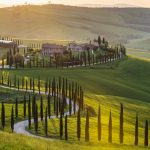 Tagged as: Critical Care, Health IT