Art explains medicine by explaining human needs. In December of 2015, Dr. Michael P. Jones wrote a piece that had 27K shares: “We’ve killed the way physicians should be.” It is interpreted that 27K readers or more identified with what Dr. Jones wrote.

In his essay, he claimed the identity of a physician was being “killed” by the reality of practice demands. The essay referenced an image of the essence of doctoring seemingly outdated pictured in a painting “The Doctor” by Sir Luke Fildes. In 1877 Sir Luke Fildes’ first son fell ill, and the doctor who tended to him sat at his bedside anxious and unable to help more than to worry and care. The painter and is wife were touched by this deeply. When commissioned to paint any image of his choosing, Sir Luke Fildes created this image of a doctor “doctoring” his loved one.

Medicine has evolved by advances away from art and thus humanity. Penicillin was discovered in 1928 and was not used medicinally till 1942. Medicine in 70 years evolved and doctors learned procedure and over 4000 drugs now exist which doctors are asked to know the names, usage, dosage, side effects, and contraindications to. The business of medicine has overshadowed the nature of care and left those with the calling in their hearts confused and disenchanted.

Dr. Walter Lawrence Jr., a 90 year old physician enter medical school in 1944, wrote in a letter addressing medical students in June of 2016 his reflection on the evolution of doctoring saying, “Well, consider that there were no available antibiotics for life-threatening infections before penicillin, which came on the scene around that time; no medicines for the control of high blood pressure, other than sedatives; and very limited medical approaches to failing hearts, kidneys and livers. Operations were both hazardous and limited in scope, and physicians’ care was often limited to providing empathy — as was so well-documented in the old Norman Rockwell paintings showing the kindly doctor at the sick patient’s bedside.”

The change in medicine is felt in the atmosphere of practice and in the deep roots of training. Trainees are catching disenchantment like a virus. An anonymous essay by a medical student published March of 2016, “A star medical student feels like he made a terrible decision,” expressed how the student had realized a terrible mistake had been made in the long hard climb to be a physician. “One might think that at this point in my life, I should feel confident, well-accomplished, and hopeful for the future. In the last month, there’s been a lot of talk about residency and deciding on a specialty. To me, this meant finally looking back onto my life, my experiences, and all that medicine has meant for me. And I can’t help but feel that I have made a terrible, terrible decision,” the student wrote. Nearly 3K shares may speak of a common sentiment.

Society is trying to decipher the value of the old image and definition of doctoring. On August 11, 2016, Dr. Michael Stein wrote an article in the Washington Post asking if “kindness actually helped get us well.” His conclusion is weak for evidence but strong for both a noninferior perhaps even arguably a moral correctness towards humanity supporting empathy in medicine. “Kindness carries with it a commitment to a certain way of thinking and being rather than a particular pre-defined endpoint,” Dr. Stein contemplated. It is this certain way of thinking that creates the end point for individuals patients.

Despite the heartache, tens of thousands of physicians in practice would choose medicine again. Among the reasons why is the deeply moving connection to the actualization of very delicate and very specific moments at the patient’s bedside that doctoring affords.

What is depicted in the archaic imagery by Sir Luke Fildes is not dead. It remains the very ethos of medicine. Care is the highest commodity of a doctor. It is care coupled with knowledge born of experience and authority that is doctoring.

Intimate stories are happening right now and through their actualizations and sharing physicians can rebuke the current evolution away from the true ethos of medicine and regain the identity of healer.

Physicians should not fight politicians or economists or insurance companies. Physicians should carry on business as usual having and sharing moments of intimacy to remind society what they truly seek in a doctor. Our seat at the table of humanity is not for meager notions but for the delicate survival of humanity.

The doctor is in. The doctor is not dead in you or me. The doctor will not die of this disease of suffocation and smear. We will sit at the bedside because after 70 years we still don’t have all the answers and people still need us there.

If 27K shares say doctoring is dead to ring an alarm, then 100K shares should say physicians will rise to take back the bedside.

A failure in transition of care 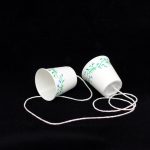 Instead of training more doctors, why don't we keep the ones we have now? 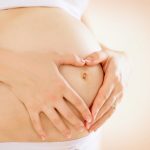 Physicians will rise to take back the bedside
6 comments