Starting this fall, second-year students will no longer have the stress of grades at our medical school, Washington University in St. Louis (WashU). In extending the pass-fail system from the first year to the second preclinical year, WashU joins the other 18 of the top 20 research medical schools on U.S. News and World Report that grade the entire preclinical curriculum on a pass-fail basis. (The sole holdout is Penn, which maintains a graded system for two of three preclinical semesters.)

Locally, the change caps an evolving, years-long conversation between students, instructors, and administrators. But we are just one of the many medical schools lately to catch onto a national movement that started long ago.

Some schools such as Harvard, Stanford, and Yale have maintained preclinical pass-fail for decades. Many other schools dabbled in curricular reform in the 1960s. Opponents hoped the storm would pass. A provocative article published in the New England Journal of Medicine in 1978 blamed the “transient sociopolitical turmoil” of the preceding decade for causing a revolution in medical education with digressions such as “social medicine,” “primary care,” “elective scheduling,” and especially “the experiment in pass/fail grading.” The authors decried the subversion of traditions and erosion of standards, pleading for maintaining “elitism in education.”

It’s important to note that these authors’ beliefs came from the perspective of resident selection rather than of medical education. They believed that “it is impossible to prevent a bright student in a good environment from becoming an excellent physician by manipulating such inconsequentials as the curriculum and the grading system,” but they saw evidence that inferior residents were selected in the absence of a class ranking based on grades.

Now, the storm has settled somewhat. Though the politics have changed, pass-fail grading is no fad. Schools are now increasingly reaching a stable compromise: grades for clinical clerkships, pass-fail for preclinical courses. In fact, more than half of the aforementioned medical schools changed to all-pass-fail preclinical curricula in the past decade, and none have reverted back to multi-tier grading.

The current trend for preclinical pass-fail is driven by two major factors: 1) decreased relative importance of preclinical grades in residency applications, and 2) increased focus on student wellness and mental health.

A dwindling minority of residency programs place value on performance in basic science courses. Practically speaking, the data are often uninterpretable. Grade distributions vary dramatically between schools or even within a single institution. These days, preclinical curricula differ in length, course naming, degree integration, and grading scales. In contrast, the USMLE Step 1 exam provides a commonly understood measure of basic science knowledge for all MD students. With the availability of standardized assessment, it is no wonder that surveys of program directors rank basic science honors among the least commonly considered factors for interviewing and ranking applicants. Step 1 scores rank among the most common.

Given the importance of Step 1 scores to residency applications, some have worried about the effect of changing grading policies on Step 1 performance. We now know from the experience of several schools that changed to pass-fail that students perform just as well as before. Moreover, schools that switched did not find significant differences in residency match quality.

Even though preclinical grades do not greatly affect residency applications, they still appear on transcripts and factor into class rank and AOA medical honor society selection. Chronic pressure to get the best grades can lead to significant distress. In recent years, academic leaders have increasingly recognized the importance of mitigating unnecessary stress during medical training.

We found that an overwhelming majority of students at all stages at our medical school thought they would be somewhat or much less stressed during the preclinical years if they were evaluated on a pass-fail basis. Multiple peer-reviewed studies verify these beliefs.

In a multi-institutional study, students in 3+-interval graded schools had significantly higher stress, emotional exhaustion, and depersonalization and were more likely to have burnout or considered dropping out compared to students in schools with pass-fail grading. Grading scale was more strongly associated with student well-being than the number of contact days or tests.

When the University of Virginia changed to pass-fail, preclinical students had higher well-being and vitality and reduced anxiety and depression. When Mayo Medical School switched part of its curriculum to pass-fail, students had less stress, improved mood, and even greater group cohesion. When Saint Louis University changed to pass-fail as part of a multifaceted preclinical curricular reform, students had lower levels of moderate or severe depression symptoms, anxiety symptoms, and stress. We believe a simple change in grading systems can lead to a clinically significant change in student wellness and mental health.

The alarming levels of burnout among physicians, residents, and medical students demand greater national attention to wellness. The American Medical Student Association passed policy in 2012 stating that it “STRONGLY URGES all medical schools to adopt the use of a strictly pass/fail grading policy during the preclinical years of medical school” to reduce the risk of poor student health and wellness and to promote teamwork and collaboration rather than competition. In 2012, the American Medical Association (AMA) approved policy entitled “Supporting Two-Interval Grading Systems for Medical Education,” which acknowledged the benefits of a pass-fail system for the non-clinical curriculum. By 2013, as tabulated by the AMA and published in JAMA, pure pass-fail was the most common preclinical grading system across the country, found at 41 percent of allopathic schools.

We believe the so-called “pass/fail experiment” has finally proven itself and will continue to propagate, not as a reaction to “transient sociopolitical turmoil,” but as an enduring curricular reform that prevents unnecessary mental turmoil during training.

Francis Deng is a resident physician and can be reached on Twitter @francisdeng. Austin Wesevich is a medical student. 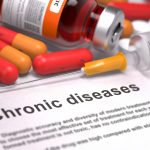 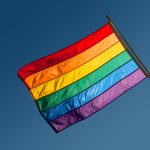 Pass-fail is here to stay in medical schools. And that’s a good thing.
39 comments