We all want this sometimes, don’t we?  We want the things in our daily lives that bug us the most, like long lines at the DMV, to just go away.  But how often does that really happen?

As the senior staff person for ACP’s governmental affairs team in Washington, DC, I often hear from exasperated physicians who want ACP to just make things they don’t like go away, whether it’s MACRA or EHRs or Obamacare. The problem is that “make it all go away” is mostly about wishful thinking; it’s not a winning strategy. I respond by trying to explain while it may not be possible to make “it” go away (and probably not a good idea even if we could), ACP is striving to make things better.

As much as some physicians might want, and some pandering politicians and membership associations may tell them, here are three things in health care that are not going to go away, yet much can be done to make them better.

1. “Government-run” health care isn’t going away.  The fact is that millions of Americans already get their health insurance from government programs, and the number will continue to grow. More than 55 million people are enrolled in Medicare;  more than 72 million in Medicaid and the Children’s Health Insurance Program; 12.6 million in qualified health plans offered by the Affordable Care Act.  Comparing 1997 to 2014, the number of persons under age 65 with public health plan coverage increased from 13.6 million to 24.5 million while the number with private health insurance declined from 70.8 million to 63.6 million.   Enrollment in both Medicare and Medicaid, driven by demographics and, in the case of Medicaid, by the Affordable Care Act, will continue to grow: By 2022, an estimated 66.4 million people will be enrolled in Medicare, another 77.9 million in Medicaid.

And as more people are enrolled, federal spending will increase: for 2015 through 2022, projected Medicare spending growth of 7.4 percent annually “reflects the net effect of faster growth in enrollment and utilization, increased severity of illness and treatment intensity, and faster growth in input prices, partially offset by ACA-mandated adjustments to payments for certain providers, lower payments to private plans, and reducing scheduled spending when spending exceeds formula-driven targets” according to the latest government estimates.  The same report says that Medicaid spending will grow by about 6.6 percent annually from 2016 to 2022, mainly driven by spending on the aged and disabled.

There a lot of things about “government-run” health care that doctors don’t like, and for good reason; things like excessive regulations and price controls.  Much can be done to streamline, simplify, and improve Medicare, Medicaid, and Obamacare while making them more fiscally responsible.  But “government-run” health care has also improved the lives of many millions of seniors, children, and previously uninsured persons who otherwise would not have access to coverage and affordable care.  It is mainly because of government programs that the uninsured rate is at an historic low.

2. Obamacare isn’t going away.  Related to the above, the Affordable Care Act, or Obamacare if you prefer, is not going to be repealed.  There is no plausible scenario where the voters will elect a Congress that will have the votes needed to repeal the ACA, even if Mr. Trump was elected to the White House.  And even if somehow they did, they would have to figure out a plan to replace it without kicking off the 20 million plus Americans who now get coverage because of the ACA.  This is why independent experts, including ones that have been highly critical of Obamacare, believe that a more likely course of action is that Obamacare will be reformed to address unpopular things like the Cadillac tax (which Mrs. Clinton has also proposed to repeal).  Steps might also be taken to shore up the health insurance marketplaces, so they are not as subject to disruptions as insurers raise premiums or pull out of markets because they are losing money.  As the Washington Post editorial board recently wrote, there are some modest Obamacare fixes to the marketplace instability that could be implemented by a new president, if Congress was inclined to be part of the solution.

3. MACRA isn’t going away.  The Medicare Access and CHIP Reauthorization Act (MACRA), which was passed last year with overwhelming bipartisan support, is not going to be stopped or repealed, nor should it.  The law makes needed changes in Medicare physician payment to align payments with value and to promote innovative delivery models like patient-centered medical homes.  As I wrote in previous posts, MACRA is a big improvement over the existing Medicare Physician Quality Reporting System (PQRS) and EHR meaningful use programs; the “sky-is-falling, end of small practice” narrative is not supported by the facts.  Yet MACRA implementation is a work-in-progress — has only issued proposed rules for 2017, not final ones — and there is much that needs to be done to ensure that Congress’ intent of simplifying quality reporting is met.  As I also wrote in this blog, what we need are practical solutions — as has provided in its comments on the proposed rule — not anti-MACRA rants.

Now, I know that some conservative readers of this blog will say, there Bob goes again, defending big government health care.  Yes, I do believe — as does ACP — that programs like Medicare, Medicaid, and the Affordable Care Act have made American health care better (and the facts are on our side).  I do believe, as does ACP, that MACRA has the potential to bring about needed improvements in how Medicare pays physicians while achieving greater value for patients in the process.

But I also know that there is much that can and needs to be done to make these, and other programs, better for doctors and patients.  I believe, as does ACP, that there is merit to many conservative ideas that would introduce more competition, transparency and fiscal responsibility into them while easing regulatory over-reach.  I believe, as does ACP, that there is also merit to many liberal ideas to improve these programs, like allowing patients over the age of 55 to buy into Medicare and having a “public option” to compete with private insurers in the marketplaces.

There is a place for ACP members, conservatives and liberals alike, to work through the College to come up with practical improvements that draw on the best ideas from both camps — as they do, every day, by serving on ACP policy committees, the board of governors, the board of regents, and in leadership positions in our state chapters. They don’t engage in wishful thinking; they help us develop practical solutions.

Yes, we can make government-run health care programs more efficient, less costly, more accountable and less burdensome to doctors and patients.  But make them go away?  As we would say in my home city of New York, fuggedaboutit!

A reminder that trauma surgeons are heroes 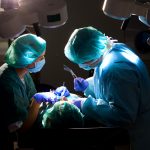 You failed your surgical boards. What's next? 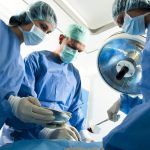