“You are the only one who truly understands your own pain.”

As one trauma survivor from the University of Maryland Shock Trauma Center in Baltimore told us: “The pain is with you 24/7. It is nonstop. And that is the hard part, you cannot escape it.”

Pain is classified into two general categories: acute and chronic. While acute pain is sudden in onset and relatively short-lived, chronic pain is usually defined as pain that lasts longer than three months. Both types of pain can affect a person physically and emotionally. “If pain is not managed well on the front end, you have psychological and traumatic experiences on the back end,” another trauma survivor told us. “My two major flashbacks are of pain.” Despite the early development of pain theory by Descartes in the mid-16th century, the health care community is still unraveling the many physical and emotional mechanisms of why pain occurs and how best to treat it.

Patients who suffer orthopedic injuries (fractures of arms, legs, the spine, or pelvis) can experience an immense amount of pain. Following surgery, the treatment plan may involve opioid (narcotic) prescriptions for relief of discomfort.

However, a recent study shows that patients following orthopedic trauma — who continue to use opioids one-to-two months after musculoskeletal surgery — have more psychological distress, less effective coping strategies while dealing with pain, and greater symptoms and disability than patients who do not take opioids. These findings are irrespective of the type of injury, the surgery, or the surgeon. Practitioners in the United States have expanded the use of opioids for the treatment of non-cancer related pain. While this has been shown to effectively reduce acute pain in patients, increased use of opioids has led to several consequences, including a pronounced increase in the abuse of prescription opioids and accidental opioid overdose. This, in part, has contributed to the growing opioid epidemic in the U.S. Although the U.S. only accounts for about 4.4 percent of the world population, 99 percent of the global supply of hydrocodone is consumed in the U.S. Orthopedic surgeons are the third highest prescribers of opioid prescriptions among physicians.

Health care providers recognize these issues and have been investigating solutions to address the current opioid epidemic. A number of risk factors have been identified and are known to be associated with a person developing a greater chance of opioid misuse. Many elements of the patient history can be used to predict postoperative opioid use, such as previous substance abuse in the patient or family, the presence of fibromyalgia, or the preoperative use of opioids. Patients who report higher levels of pain are at greater risk for opioid misuse than patients with lower levels of pain, an issue complicated by the subjective nature of pain. There have also been associations found between psychological factors and risk for opioid abuse. Patients who score higher on measures of anxiety and depression, and patients with psychiatric disorders such as schizophrenia and bipolar disease, are also at an increased risk for opioid misuse. There have been an increasing number of studies looking into pain “catastrophizing,” a pessimistic orientation towards pain. Patients who score higher in pain catastrophizing have an increased risk for opioid abuse.

Opioids have been effective for treating pain, but their use may carry negative consequences for the user. These consequences and negative effects have spurred investigations into why certain patients develop chronic pain syndromes or opioid abuse, and how to best address this burden of disease. Patients using opioids must be monitored closely to prevent the slippery slope of opioid dependence or abuse.

Several survey tools have been described that screen for and identify drug-related risk factors in patients. However, to date, there is no well-tested and reliable screening tool to assess for potential opioid abuse in patients who have not previously used or been prescribed opioids. There is a need to develop a screening methodology that encompasses these patients.

At the University of Maryland Shock Trauma Center in Baltimore, an observational prospective cohort study of patients with isolated orthopedic injuries who have been admitted has begun. Shock Trauma’s research team has developed the Opioid Abuse Risk Screening (OARS) tool questionnaire to assess risk factors that can be identified following surgery, prior to discharge. Shock Trauma will continue to assess patients for opioid dependence and opioid abuse at two, six, and twelve-weeks as well as six-month follow-up appointments in the orthopedic outpatient clinic. This is a pilot study that will be fundamentally descriptive and will provide essential data for planning a larger study. The larger study is intended to validate the OARS screening tool, using risk factors that are associated with an increased danger for opioid use or misuse, and to identify future services needed for this patient population. The goal is to create strategies and effective interventions for patients to escape the 24/7 cycle of pain, and to prevent the psychological and traumatic experiences of pain that leave them with no escape.

Melissa Yu is a medical student. Maureen McCunn is an anesthesiologist.

A wonderful hour of being a real doctor 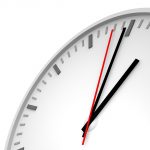 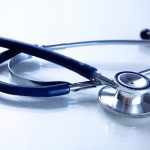 Can we break the cycle of chronic pain in patients following orthopedic injury?
32 comments