Follow-up appointments at my continuity clinic have given me the opportunity to look at my clinical judgment in snapshots.  Unlike on my inpatient rotations, where I see the same patients every day,  I have to wait for a month or two to see if a medication is working, or if a patient is satisfied with their progress in physical therapy.  Sometimes I have a crisp memory of my clinical decision-making from the last visit, and other times, I am relying on my notes completely.

Once the rhythm of outpatient clinic became more natural, I started to get a skeleton of my note done in the patient’s room.  My progress notes became more accurate and helpful in my decision-making.  It was much easier to tell if my patient was weaker or stronger when I was able to document a more detailed narrative of his gait at the last visit, rather than the hurried “normal gait speed, and good balance” that tended to happen when I left all of my notes until the end of the day. By that time, it was hard to remember whose foot drop needed bracing or whose fingers were so clenched into fists that I could not open them.

One day, I was typing a few sentence fragments in clinic while talking to a patient who we’ll call Eugene.  Eugene had had a stroke many years before and had noticed that he had gotten weaker after a recent bout with pneumonia. The computers are arranged in such a way that we cannot make eye contact with our patients while typing.  Instead, they are left to watch our backs.  I used my usual technique of starting the appointment face-to-face, then asking a few run-of-the-mill questions with my back turned, and turning back to face Eugene when I asked the more sensitive questions, trying to remind him that there was another human in the room.

“Have you noticed any problems with your thinking?” I asked, swiveling around on my stool to face Eugene.

“Well, sometimes I start to question where we, as humans, are going these days.”

This was not the usual answer I got. My surprise at the profundity of his response turned into worry that I may have showed an unreadable expression. A look that might be read as unpleasant.  I did not want to extinguish this ray of connection shining through the scripted nature of the patient interview. The script that cast me as the “provider,” and the setting was the “encounter.”

“That’s the most thoughtful answer that I’ve ever heard to that question,” I replied, making a mental note to eventually transition into a discussion about mood, but avoid a robotic transition.  He smiled at me.  The thought that he expressed wasn’t necessarily a pathological one, but it was one that needed more exploration. Which organ system would “existential considerations” fit under in the review of systems section?

Many would say “psychiatric,” but I would argue “general/constitutional.”  Eugene’s response reflected on what it meant to be human, what was progress, and just what are we are progressing toward? What could be more constitutional than that?  This is the kind of depth that would crash an electronic medical record. The kind of thing that causes Windows to shut down unexpectedly.

“Why, what do people usually say?”

I listed the more concrete, but still concerning symptoms that my elderly patients often told me: misplacing one’s keys or forgetting important details.  He looked unimpressed, perhaps his lifelong focus on the big picture caused him to lose his keys frequently.  “No, none of that,” was the reply.

A few turns of the conversations later, we transitioned to more pedestrian topics. Bowels and bladder, one of the cornerstones of rehabilitation. These questions are not the glamorous subjects that garner screen time on Grey’s Anatomy or the deep inspiration found in medical school admissions essays.  But when these systems fail, they keep people from leaving their house, and subsequently shrink their world.

“This is the only social activity I have today; I was hoping someone might want to talk about the Cubs or the White Sox.”

Each question started to carry a little more weight than before.  My day would be full of interactions with others: I would even stop to chat with a few neighbors on my way home from work.  I was taking pager call from home that day for my inpatients, which meant a fortnight of potential calls and conversations. This was the only chance for me to figure out how he was doing until the next follow-up appointment in a month or so.  By that time, I would transition to a new clinic.  Eugene would see yet another resident.

The interview progressed into the exam, and I was able to sneak a few more questions to get my job done, but still let him wander a bit.  His mood ended up being fine, and he was able to tell me that he was worried to go back to his work as an English teacher because of his post-pneumonia fatigue, but missed having somewhere to go and something to do every day.

I went back to the workroom, sweating bullets at the thought of how many clinic patients were waiting and what my attending would say. There was no yelling and my attending, and I went back into the room, where we continued to appreciate the twists and turns of conversation. While the attending talked, I typed my physical exam into the note in the EMR and selected a few irrelevant patient education handouts to make my use of the EMR “meaningful” by Medicare standards.  We prescribed a therapy program to help him rebuild his endurance to go back to work, exchanged pleasantries, and Eugene went home. I went immediately into the next patient’s room.

“I’m so sorry I’m a bit late.” The next patient, who we will call Raymond, seemed unfazed by my tardiness. I know I’m not always this lucky with scheduling, as people have jobs and lives to get back to after seeing the doctor, but I got the impression that this was also Raymond’s only social interaction all day.

I’m sorry, Eugene, that we didn’t have the time to discuss baseball that day.  At the end of my clinic, I went back to the drafts of my notes to clean up the grammar and sentence fragments.  I was relieved that the relevant points of the history, physical, and plan had been captured during that moment. With a little bit of editing, I would be able to convey what had been done that day, so that the next resident who saw Eugene could help him go back to teaching English.  To help him transition out of the isolation of being ill and back out into the world. But I knew that the big picture would not be apparent to Eugene, who was still sitting in the waiting room for his transportation when I left for the day.

I waved to him as I went up to the resident workroom.

Laura Black is a physical medicine and rehabilitation resident. 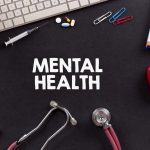