July is back, and clinical faculty at teaching hospitals have again braced for the annual deluge of new residents just beginning their specialty training. Unfortunately, our new doctors may be more unprepared than ever.

The gap between medical school (the four years leading to the MD degree) and residency (advanced training in a particular field) has widened over the past several years. Changes in the health care system, shifting patient expectations, and an evolution in the perceived role of physicians make the landscape nearly impossible to navigate for newly minted MDs. An information-dense medical school curriculum often means that schools leave some of the most practical information for last — or for not at all.

At first glance, the data don’t look so bad; in last year’s annual graduation questionnaire of the American Association of Medical Colleges, 89 percent of graduating medical students agreed or strongly agreed with the statement “I am confident that I have acquired the clinical skills required to begin a residency program.”  Keep in mind, though, that data are collected between February and June of the fourth year of medical school, before students are exposed to their lives as residents.

A 2012-2013 survey of emergency medicine interns showed more variable results. An objective assessment tool found that 48 percent of interns performed at the level expected of graduating medical students for aseptic technique, 48 percent for written patient hand-offs, and 63 percent for verbal hand-offs, arguably one of the most critical skills necessary for the avoidance of serious medical errors. 74 percent of interns succeeded in cultural competency.

The stress seems to catch up with new doctors. In 2010, a cohort study of more than 700 interns showed that the prevalence of clinical depression increased from around 4 percent before internship to 27.1 percent after three months of work. At the 12 month mark, 26.6 percent of the new interns still met the criteria for depression. Are we upfront about telling our medical students that in their first year after graduation, they have better than a one in four chance of being clinically depressed? Should we be starting a conversation, before residency starts, to mitigate that number?

For sure, we’ve come a long way in the past decade in terms of teaching medical students intangibles like empathy and communication skills, and how to navigate a complicated and confusing system. The MCAT has even been retooled with this goal in mind, with additional emphasis on critical reasoning and behavioral science.

To better quantify the skills expected of graduating students, the Association of American Medical Colleges devised the Entrusbable Professional Activities (EPAs) — a set of skills and behaviors expected of students prior to graduation. The EPAs represent an important set of benchmarks, but they have only begun to be implemented. One EPA focuses on the “general procedures of a physician” including CPR, emergency ventilation, and venipuncture. At some institutions, students may receive their degree without ever performing any of these procedures on a real patient.

Other schools have adopted “boot camp” programs to bring students up to speed on nuts and bolts skills that may have been glossed over — placing intravenous lines, what to do when called to see a patient suddenly short of breath in the middle of the night. But such mini-courses seem like last-ditch efforts to cram in all the ‘extras’ that don’t fit into the curriculum elsewhere, but that are too important to skip altogether.

Some newer medical schools (and therefore free to think creatively?) have taken the initiative to provide unique experiences. Hofstra University’s Northwell School of Medicine, which opened its doors to students in 2011, includes training as emergency medical technicians for incoming students. Experiences on the streets on in patients’ homes helps to frame the educational process for the subsequent four years.

Medical simulation provides part of the solution. In addition to introducing simulation curricula focused on the skills that every single graduating medical student needs to know (resuscitate a patient in cardiac arrest, perform simple procedures, deliver bad news), we ought to expand simulation curricula to include the drug seeking patient, the patient with no access to primary care, the patient who demands the test unnecessary which seems critical after an internet search. On that last score, it’s important to teach students that making unpopular decisions for patients is sometimes okay.

Awareness of these issues, and the skills to deal with them, will help to narrow the chasm between June 30 and July 1. The reality of health care in 2016 should become part of the pedagogy of medicine before new residents put on their long white coats — not only a service to their academic growth and the patients they serve, but for the sake of their own professional longevity, wellness, and mental health.

Chris Tedeschi is an emergency physician. 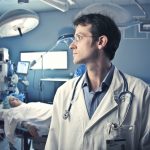 For hospitals to thrive, they need to value nurses 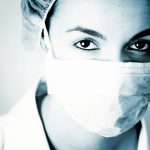 New doctors may be more unprepared than ever
10 comments