It has now been confirmed that Prince’s untimely death resulted from an overdose of the drug fentanyl.

It is unclear whether the lethal dose of fentanyl was a prescription medication or a counterfeit “analog” drug from the illicit market. Regardless, the facts are now clear enough to know that the U.S. health care system failed Prince in the same ways it is failing the 78 Americans who die every day from overdoses involving prescription opioids, heroin, and analog drugs.

On April 15 of this year, a plane with Prince onboard made an unscheduled landing in Moline, Illinois, to take Prince to an emergency room, where he was administered the opioid-overdose reversal medication naloxone. Three hours later, Prince left the hospital and flew home to Minneapolis.

Between April 15 and April 20, Prince made four trips to the pharmacy, according to TMZ. It is unknown whether he obtained fentanyl during that period. On April 21, just six days after his non-fatal overdose, Prince overdosed again and died.

The prince of pop and king of style was one of a kind in his life but not in his death. According to the Palm Beach County sheriff’s department, one in four individuals who die of an overdose in the U.S. previously suffered a non-fatal overdose. This can’t keep happening. So, what is broken, and how can we fix it — fast?

If we assume that Prince fatally overdosed on prescription fentanyl, we might be inclined to blame the doctor who prescribed it. Fentanyl is a powerful opioid pain medication that has a high potential for abuse. Even using it properly can lead to severe physical dependence. Naturally, with these greater risks comes the need for greater controls.

Before prescribing fentanyl, Prince’s health care provider was required to verify that Prince legitimately needed the medication. Prince reportedly had persistent pain related to a hip condition that caused him to undergo hip surgery in 2010. Prince’s prescriber should have also taken steps to prevent Prince from being harmed by the drug. These precautions include making sure Prince was not taking other substances that could lead to drug interactions or overdose, and talking with Prince to be certain that the medication was making his life better, not worse.

It is also entirely possible that Prince might not have disclosed his problematic use of opioids to his physician out of shame that his dependence was a moral failing. Stigma contributes to the fact that only 20 percent of Americans with an opioid use disorder obtain treatment for it. Prince, like so many other Americans, may also have feared that admitting to this disease would mean getting kicked out of the medical practice and being forced to turn to street drugs like heroin or analog opioids for relief.

Therein lie two problems that we must address aggressively: communication and continuity of care.

Many times, the people who need to know that someone has suffered a non-fatal overdose often never learn of it until it is too late. The emergency room could be a vital intervention point. Hospitals need to develop a protocol so that when an individual survives an overdose, emergency care providers notify the patient’s primary care provider and, if the patient is prescribed controlled medications or undergoing addiction treatment, the prescriber or treatment provider.

Providing a “warm hand-off” to other health professionals in life-threatening emergencies is consistent with health care privacy laws, can help individuals with substance use disorders get the medical attention they need in time, and will reduce the occurrence of secondary overdose deaths. States should swiftly adopt warm hand-off legislation. They should also require that non-fatal overdoses be reported to the prescription database, which could have alerted Prince’s pharmacist of the need to consult with Prince and his prescriber before dispensing more controlled medications to him.

More must still be done. Every medical professional in the United States should know that the way to deal with a person who has signs of drug abuse is not to kick the patient out but to kick the patient up to a higher level of care, including addiction treatment if necessary. States should require the prescribers of controlled medications to obtain training in preventing and identifying drug abuse, and medical schools and professional associations should equip health care providers to screen for substance use and intervene when appropriate.

While emergency personnel reversed Prince’s overdose, they ultimately did not save his life. We owe it to Prince, and so many others, to do better. Our health care system must be improved — fast — to provide health care professionals like Prince’s physician and pharmacist with the information they need to help prevent overdoses and deaths.

Patients are blindfolded to charges and cost 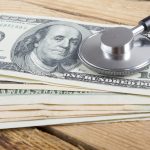