In the wake of the Orlando shootings, the usual battle lines are drawn in the usual, predictable way. Urban liberals and many Democrats call for more regulations and enforcement to limit access to firearms (especially assault weapons); hunters and conservatives and many Republicans — and especially the National Rifle Association (NRA) — say such calls are hogwash and won’t solve the problem. Indeed, they often suggest that what we need is more guns, using the “the only way to stop a bad guy with a gun is with a good guy with a gun.”

Is this actually true? To me, it seems patently absurd to suggest that fewer people would have died in that movie theater in Aurora, CO, if more theater-goers were toting firearms, or that fewer children would have died in Sandy Hook, CT,  if there were armed guards in all schools, or Donald Trump’s more recent statement that if more people in that Orlando nightclub had been carrying guns, “you wouldn’t have had the tragedy that you had.”

But since we can’t actually know something that didn’t happen, what if we were to look at this as an empirical question? While it’s hard to design a controlled experiment to see whether more people carrying guns in the streets or to the movies or to school would lead to more or fewer deaths, why not take a scientific approach to determining whether there is such an association and in which direction it points? While my heart resonates with this argument, my head finds a few significant problems:

1. The powers that be don’t want this sort of information. As President Obama recently and eloquently pointed out, we can look at an analogous public-health issue: fatalities related to motor vehicle accidents. Through careful study leading to evidence-based regulation, such fatalities have dropped precipitously over the last 50 years, which has been rightly hailed by the Centers for Disease Control (CDC) as one of the 10 greatest public health achievements of the 20th century. Obama went on to point out that even though firearm-related deaths are a public health problem, the CDC is specifically prohibited by Congress from studying the problem. While the American Medical Association (AMA) has recently called on Congress to overturn that ban, I am not optimistic about this — not only because of the limited power of the AMA (especially when compared with that of the NRA), but also because …

2. Even when information is available, we tend to ignore or disbelieve evidence that doesn’t comport with our beliefs. While there hasn’t been enough research on gun violence, there has been some, and it generally supports the notion that having fewer restrictions on gun access is associated with more, not fewer, fatalities — for example, in state-by-state comparisons within the U.S. Further, our tendency to selectively accept or reject the evidence that, respectively, confirms or undermines our prior beliefs is exacerbated by …

3. Americans’ mistrust of science. This last point is perhaps the most problematic; although as troubling as I find it, I do understand it a bit. First, while science represents a methodology and an approach to thinking about and understanding the world, the way “science” is taught tends to emphasize what we’ve learned from science (often focusing on fact retention) rather than the methodology itself. While the latter is more interesting, it can be intellectually challenging, and one wonders whether our educational system is up to the task. Second, way too many of our  political leaders promote this distrust. Third, some in the scientific community, and many in the news media, contribute to this distrust by over-interpreting or misinterpreting inconclusive or incremental scientific findings—it’s easy to understand how hearing that coffee causes cancer one week and that it prevents cancer the next can make you think scientists don’t know what they’re talking about.

In sum: I’m hoping for effective, evidence-based policies to curb gun violence and reduce firearm-related deaths, but I am of little faith. 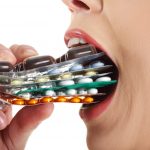 Saving billions of dollars in health care: The story of Avastin and Lucentis 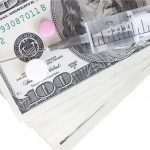