The College’s detailed recommendations, summarized here in a press statement that is linked to the comment letter itself, would replace CMS’s proposed and unnecessarily complex quality scoring system with a much simpler and understandable approach as developed by the College.

We challenge CMS to completely revamp how health information technology is reported to make it less burdensome and more clinically relevant to clinicians.  We advocate that CMS create safe harbors from payment reductions for smaller practices of 9 or fewer clinicians until a “virtual reporting” system is established.  We propose expanded choices and opportunities for physician-led models to qualify for higher payments as “alternative Advanced Payment Models” — including three new APM pathways for patient-centered medical home practices, including two that would not require physicians in such practices to bear financial risk.  And we proposed many, many more ways that CMS can simplify implementation, ensure that only reliable and clinical relevant quality measures are used, and create more choices, more opportunities, and more flexibility for physicians in all specialties and types of practices to be successful by recognizing their ongoing commitment to improving care for their patients.

Among the detailed suggestions that the letter offers to CMS:

For the Merit-Based Incentive Payment System, the College proposed a distinctive alternative scoring methodology, developed by ACP, which combines, simplifies, aligns and reduces the complexity of the four reporting categories that will qualify physicians for FFS payment adjustments in 2019.  The scoring approach included in the proposed rule had different points systems and scales for each of the four reporting categories, making it unnecessarily complicated; ACP’s alternative would put the points all on the same scale, combining them into one simplified and harmonized program as Congress intended.

The College proposed specific alternatives to CMS’s Advancing Care Information program that is to replace the current Meaningful Use program.  The ACP alternative would make it easier for physicians to report on and be successful in this category, in line with Administrator Slavitt’s promise to revamp the program to simplify reporting and make it more meaningful for clinicians.

ACP proposed additional improvements to simplify the reporting requirements for the Quality, Advancing Care Information and Clinical Practice Improvement categories.  The College’s suggested changes to the Resource Use category also included suggestions to reduce unintended adverse impacts on physicians and their practices.

The College recommended that the initial reporting period for the quality payment program be pushed back to July 1, 2017, rather than starting on January 1 as CMS proposed.  This would give physicians and their practices the time needed to make the preparations required to be successful.

ACP proposed four different options for medical home practices to qualify as advanced Alternative Payment Models, instead of the single option proposed by CMS, including options to allow PCMHs to qualify without taking financial risk.  These additional options would potentially allow many thousands more practices to qualify and earn the 5 percent bonus on FFS payments

The letter suggested other changes that would make more advanced Alternative Payment Models available for physicians in all specialties, especially including those in internal medicine and its subspecialties.

The College’s approach of offering real solutions to real problems with CMS’s proposed rule will serve internists much better than ranting about MACRA — which regrettably characterizes much of the commentary about MACRA on social media.   While physicians’ concerns about MACRA are understandable and must be addressed by CMS, I stand by my view, as expressed in a previous blog post, that MACRA’s overall framework is far better for physicians than the current flawed Medicare reporting programs — offering them opportunities to receive positive updates rather than just avoiding cuts, giving them credit for their own quality improvement activities, exposing them to less financial risk through 2021 than under the current penalties for not being able to successfully report, providing opportunities for thousands of practices that are patient-centered medical homes to qualify for higher payments.  While I have had plenty of people express disagreement with that post, not a single one has been able to factually counter the specific improvements that MACRA makes over the status quo.  They can’t — because they are baked into the law itself.

The question then is whether CMS’s proposed implementation would accomplish the statute’s and Congress’s objectives to simplify and harmonize quality reporting and to create opportunities for physician-led delivery models to qualify for higher payments.  In the ACP’s view, the proposed rule did have positive elements to move payments in the desired direction, such as reducing the number of required quality measures, but it fell far short in many other respects.  Keep in mind that it is a proposed rule — the very reason it was out for public comment was so that CMS could hear from doctors and others what it got right and what it got wrong, and even more importantly, what alternatives they would recommend to make it better.  Comments that just attacked the proposed rule, or the MACRA law itself, will accomplish nothing: Only Congress (not CMS) can amend MACRA, and CMS can’t improve the proposed rule unless those offering comments can give them specific ideas on what they should do differently.  Solutions, not rants, are what will bring about the needed changes.

That is what ACP did: Offer solutions that would, in the words of Dr. Robert McLean, chair of ACP’s Medical Practice and Quality Committee, “simplify the quality reporting program, reduce the burden on physicians and especially smaller practices, and propose more options and flexibility for physicians to qualify for higher payments by recognizing their ongoing efforts to improve care to their patients.  With these improvements, implementation of the new payment systems would go a long way to achieving Congress’ goal of aligning payments with quality without imposing more unnecessary administrative burden on physicians.” 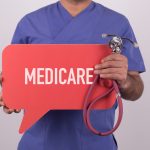 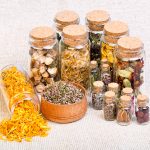