Recently, the CDC announced that its Advisory Committee on Immunization Practices (ACIP) voted to stop recommending the nasal spray flu vaccine, FluMist, for anyone. Bottom line: it doesn’t work. Though their recommendation against the use of FluMist still has to be approved by the CDC director to make it “official,” it’s pretty much a done deal. The AAP’s president has already endorsed the announcement, too.

Bye, Flumist. We’ll miss the ease of use and the not-scaring-children part, but the data’s clear. The mist doesn’t work. There was a sliver of good news, though: We have solid surveillance data from last year re-confirming that the traditional flu shot does work, with an estimated effectiveness of 63 percent last year. That’s not outstanding, but it’s pretty good. From a public health point of view preventing 63 percent of influenza cases can have a huge impact. Remember: every case prevented is one fewer person out there spreading influenza. Effective vaccinations not only help the person who got the vaccine, but the whole family and community.

Older data, at one point, had shown that Flumist was as effective (or even more effective) than the flu shot. For a few years, the mist was even considered the “preferred product” for children, because it seemed to work better.  Last year, Flumist lost its “preferred” status when data emerged showing that it wasn’t looking as good as the shot. Now, enough newer data has accumulated to show that at least against the strains that have been circulating recently, Flumist doesn’t work at all.

There’s going to be a scramble (again!) this year to ensure an adequate supply of injectable flu vaccine. I don’t know if MedImmune will suspend the FluMist program, or if they’ll still try to sell their product; but I am sure that there are a lot of docs out there scrambling, trying to cancel Flumist pre-orders and increase our orders for alternatives. In the long run, that will be better for everyone. In the short run, it’s a problem. Families ought to plan to get their flu shots as early as possible this year, before they run out.

Science isn’t a set of answers, or a body of knowledge etched on a stone somewhere. It is a method of arriving at the truth, involving repeated observations and the continuous re-assessment of data. Estimates of vaccine effectiveness (and safety) are initially based on licensing studies, but they’re then adjusted by real-world data that continues to be collected, year after year. We should always make the best decision we can, based on the best data, even if that means we have to sometimes admit we’ve made a mistake, or that we have to change our minds. That’s not a weakness of science or medicine: That’s a strength. We can’t always promise to get it right, but we’ll keep studying and learning and trying to do it better. 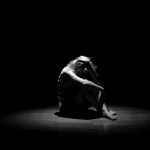 The art of taking an excellent medical history 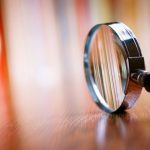 The demise of FluMist is a victory for science
5 comments