We’ve heard it before: Antibiotics just don’t work for viral infections. Docs know this, and I think most patients know this, but it’s an addiction we’ve had a hard time shaking.

Docs overprescribe because it’s fast, it’s easy, and it (might) increase patient satisfaction and return visits. That’s led to a cycle of reinforcing expectations from patients — who, after all, keep feeling better after the antibiotics. Of course, they do. The minor viral infections that have been treated would have gotten better anyway. Still, it’s hard to shake that impression that it was the drug that made the illness go away. So next time, the patient expects and antibiotic, and the doc is even quicker to prescribe it.

What’s the harm? Briefly: We’re encouraging the emergence of super-resistant super-bugs that, to put it bluntly, might just kill us all.

A study from 2015 illustrates some of the craziness and superstition that still guides a whole lot of antibiotic use:

The most popular, most prescribed antibiotic in the U.S. is azithromycin, known commonly as Zithromax. This top antibiotic is not recommended, first-line for any common infection; it’s not a good choice for ear infections, strep throat, or sinusitis. Not recommended for the top 3 reasons for antibiotic use, yet it’s still the top antibiotic. Crazy.

Antibiotic prescribing varies tremendously by state. In Alaska, 348 scripts per 1000 patients per year; in Kentucky, it’s about four times that. Do they get four times as many bacterial infections in Kentucky? I don’t think so. Antibiotics, overall, are much more commonly prescribed in the Southern states.

Another factor: Counties with the most doctors — or the highest “per capita” number of people licensed to prescribe meds — have the highest rate of prescriptions. More docs doesn’t mean more preventive care, more access to good medical information, or better health. It does mean more prescriptions for antibiotics. (Why? I’d guess because it makes a practice more competitive and increases repeat business to write a lot of scripts.)

Current data shows that about 58 percent of antibiotic prescriptions handed out to human patients are for viral respiratory infections, including common colds or upper respiratory infections, viral sore throats, or ordinary bronchitis. None of these benefit from antibiotics in any way. Perhaps now’s a good time to revive the “Just say no” campaign.

There is some good news. There’s been about a 25 percent drop in antibiotic use since the 1990s, and I’m hearing from more and more patients who say right up front “we don’t want an antibiotic if we don’t need it.” That’s a very powerful message, and it’s something you ought to think about saying to your own doctor. You might think we’d only prescribe antibiotics if we genuinely thought they’d help.  But the question is, who are they really helping? Probably not you. 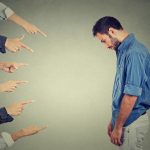 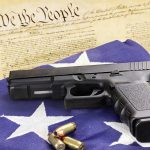