Ronald Reagan’s last letter to the American people, penned with his own hand in November, 1994, went directly to the point:

“My fellow Americans, I have recently been told that I am one of the millions of Americans who will be afflicted with Alzheimer’s disease.”

In this deeply poignant moment, the former president explained that he decided to share his diagnosis “to promote greater awareness of this condition,” with the hope that doing so would “encourage a clear understanding of the individuals and families who are affected by it.”

More than twenty years later, it should be safe to assume that most adults are aware of what Alzheimer’s disease is. With more than five million affected Americans, it is not uncommon to have a family member or know of someone suffering from the disease. The numbers will only continue to grow as the population ages. It is estimated that in the U.S., people aged 65 and older will reach more than 88 million in 2050, 19 million of whom will be at least 85 years old. This amounts to about 20 percent of the population, with each one requiring one to four family members serving as caregivers. This trend is mirrored in other nations, and the elderly are now the fastest growing group in many countries.Not every old person will develop Alzheimer’s disease, of course, but the risk increases with advancing age.

With such an ominous outlook, the situation becomes more disturbing given research findings showing that Alzheimer’s disease remains an underdiagnosed condition. Alzheimer’s Disease International published a report in 2011 that estimated over 70 percent of people with dementia remained undiagnosed. A paper from Johns Hopkins published this month in the Journal of the American Geriatrics Society analyzed data on over 7000 older Americans and found that individuals who probably have dementia but have not been formally diagnosed are twice as likely to engage in potentially dangerous activities. These elderly folk are at risk from harm just by performing everyday tasks such as cooking, driving, or taking their medications. Delayed or missed diagnoses also means a delay in starting treatment, increased costs, as well as greater burdens on caregivers.

If Alzheimer’s disease is a rapidly worsening health crisis, why is it not being diagnosed earlier? There are, as it turns out, many reasons. Dr. Halima Amjad was the leader of the study from Johns Hopkins that looked into the increased risks in people with dementia but had not been formally diagnosed. I asked Dr. Amjad about the apparent reluctance in diagnosing dementia.

“The reluctance is multi-faceted,” she said.

“It occurs on many levels. The patient may not recognize the disease, or have poor insight and fear about the disease. They may also fear the loss of independence.”

She also said that the family may be in denial, or consider the changes to be part of normal aging. Physicians play a role as well. Perhaps doctors are reluctant, she speculated, because Alzheimer’s disease is a condition that cannot be cured. It is a difficult topic to discuss with patients and their families, and the physicians may not have enough time in a typical office visit to address the issue.

An article published in 2009 examined the factors that caused missed and delayed dementia diagnosis in primary care settings. The authors learned that physician, patient, and caregiver factors all contributed to the problem. Interestingly, one of the physician factors listed was the concern of the stigmatizing consequences of diagnosis. Physicians were also doubtful of the utility of early diagnosis, given the lack of effective treatments. The same report cites patient and caregiver attitudes as affecting diagnosis. It mentioned studies showing a lack of awareness about dementia, as well as patients and caregivers who deny or prefer not to be informed of the condition. Poor communication between physicians, patients, and caregivers, time constraints, and a lack of information about available resources also hamper timely diagnosis.

One of the more intriguing effects of rendering a diagnosis of dementia is the impact on a patient’s identity. Frances Bunn and her colleagues reported their findings in a 2012 article in PLoS Medicine. They found that there was a profound effect on a patient’s sense of identity, as if they were transforming into a different person. In a very real way, this is in fact what happens, and the inevitability of it all is overwhelming for both patient and family. The authors explained that “a desire to preserve a pre-dementia identity sometimes led to people being reluctant to disclose their diagnosis.” On a more positive tone, they also found data showing that patients and caregivers eventually came to accept the diagnosis.

When Reagan concluded his letter by writing the now famous, “I now begin the journey that will lead me into the sunset of my life,” he was acknowledging his own irreversible transformation; the same immutable affliction that more than five million Americans are experiencing today.

Margaret Thatcher, delivering the eulogy for Reagan, and herself suffering from Alzheimer’s disease, said of her friend, “For the final years of his life, Ronnie’s mind was clouded by illness. That cloud has now been lifted. He is himself again, more himself that at any time on this Earth …”

The crux of our reluctance to accept this diagnosis stems from a human aversion to loss and change, witnessing loved ones suffer, or worse, knowing that loved ones will suffer because of us. It stems from uneasiness with long goodbyes.

While it’s true that there is no current cure for Alzheimer’s disease, early diagnosis can still provide tangible benefits. Early stages may still be amenable to pharmacologic treatment, if only to delay, albeit temporarily, progression of the disease. Other causes of memory loss, some possibly reversible, could be detected and treated. Learning about the disease early in its course will also allow patients and caregivers to better prepare for future needs, and more importantly, for the patient to still have a greater role in decision-making about his or her health care plans. This may in turn ultimately reduce the burden and suffering of the patient, as well the caregivers who are left behind.

Why obstetric anesthesiology is the next frontier in medicine 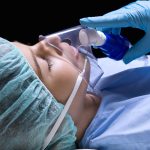 The myth of when HIPAA gets waived 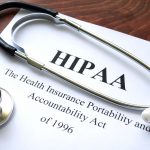 Alzheimer’s dementia and a world in denial
2 comments