Transparency — or its absence — continues to fascinate health care analysts and health care economists.  A study published in the Annals of Internal Medicine addresses the effects of public reporting of hospital mortality rates on outcomes.  Its senior author, Dr. Ashish Jha, offered his perspective on the study results and on the topic.

According to the study investigators, mandatory public reporting of hospital mortality is not improving outcomes.  The result of their analysis surprised them because “the notion behind transparency is straightforward” and the “logic [of public reporting] is sound.”  The conclusion, therefore, is to persist in the effort, but to do it better with better metrics, better methods, and better data.  Says Dr. Jha:

So, the bottom line is this — if transparency is worth doing, why not do it right? Who knows, it might even make care better and create greater trust in the health care system.

Now, I have no doubt about the sincere desire of health care analysts to improve our lot, but I wonder if they have reflected on a certain pattern that emerges if one studies the history of our health care system.

Starting with the establishment of licensing laws, which were precisely enacted to “create greater trust in the health care system,” we’ve lived through repeating cycles of unintended negative consequences followed by new regulatory impositions backed by “straightforward arguments” and “sound logic.”  One would think that history alone would give one pause or tamper the enthusiasm for renewed efforts at doing more of the same.

But when it comes to the particular question of transparency, there is an additional aspect that eludes most analysts.  They don’t realize that the absence of transparency is precisely the result of government intervention and health care policy.  It is because health care has become a boondoggle, an inextricable mishmash of privileges given to various — and often competing — special interests, that no one has any serious incentive to be upfront about what is really going on in-house.

Take price transparency, for example. When providers of goods and services compete in an unhampered market, are they opaque about prices?  Of course not.  Price opacity would immediately elicit distrust from customers.  Should this be any different in health care?  There is no reason to think so, and if you have any doubt, learn about the Surgery Center of Oklahoma which offers absolute and guaranteed price transparency precisely because it operates as a free market service.

In a free and competitive health care market, price transparency would rarely be an issue, as it is not an issue in the market for cell phones and bubble gum.  Doctors and hospitals could not survive without being upfront about charges.  But, in its great wisdom, and supported by the sound logic of health care analysts and health care economists, the government has ensured — through its tampering with and participation in health insurance — that charges would be as opaque as possible.

The same goes for transparency about the quality of care, except that the question here is orders of magnitude more complex, as quality can never be reduced to measurable metrics.  Besides, another unexamined assumption skews the outlook of analysts: the assumption that the public is entirely incapable judging medical quality on its own, but needs government-appointed intermediaries to accomplish the task.

But here again, the appointment of intermediaries by the government is and has always been subject to manipulation and to political pressure.  When health care spending is in the hundreds of billions per year, quality reporting of that sort inevitably becomes a boondoggle subject to “gaming” or corruption.

If health care were left alone, it would ultimately be in the interest of providers to allow truly independent rating agencies to bridge any information asymmetry regarding quality or to provide helpful signals that could not be obtained on the basis of reputation or word of mouth alone.  As it stands, the effort of rating agencies is muddled by the fact that the selection of outcomes is usually determined by health care analysts, not by the patients, or by the fact that patients have so little influence on their care that their input is limited to superficial considerations.

In a Wall Street Journal blog post published a couple of years ago, Leah Binder, president and CEO of one of the nation’s most prominent patient safety organizations, noted the importance of mutual trust in the doctor-patient relationship.  It is as important for doctors to trust patients as it is for patient to trust doctors.

I couldn’t agree more with her on that point.  But trust building is a largely intangible process.  Even though it will be influenced by the availability of objective measures, the value of such measures is largely voided when these must be ferreted out by force.  After all, Binder doesn’t expect doctors to demand from patients evidence of trustworthiness in the name of transparency.

Transparency is a characteristic that people and institutions naturally demonstrate — or not.  It cannot be “obtained” or demanded by policy or regulatory fiat.  Dr. Jha titled his commentary, “Making Transparency Work.”  A better title would be, “Letting Transparency Be.” 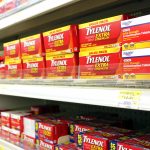 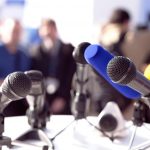 Transparency in health care: Here’s why we need to let it be
24 comments