Prince died of an opioid overdose. A tragic and avoidable fate but, even more tragically, one that is becoming increasingly common in the United States. Some people who overdose live on the edge of society–homeless and with no access to good medical care. Prince, by contrast, had several mansions and a number of physicians actively involved in his care, physicians aware of his problem with opiates. In fact, just days before he died, Prince’s airplane had to emergency-land because he experienced symptoms of opioid overdose.

With so many physicians at his disposal and so much evidence his opioid use was spiraling out of control, did Prince die because his physicians were particularly bad at handling his needs?

Sadly, the answer is probably no. Although I have no inside knowledge of Prince’s care, from what I can tell, his physicians are not very different from the ones caring for many people with opioid addiction. Many, if not most, physicians are simply not prepared to offer proper help to patients struggling to control their use of prescription narcotics.

The best evidence I have to back up this claim comes from a study published January in the Annals of Internal Medicine. The research team was led by Marc Larochelle from Boston Medical Center. Larochelle looked at what happened to patients after they experienced a nonfatal opioid overdose like Prince did in the airplane ride a few days before his death. Specifically, he assessed whether their doctors reduced the dose of their opioid medications. He found that doctors did not reduce people’s narcotic doses very much. Here is a picture of this result:

As the picture shows, the percent of people on high doses of narcotics (the red part of the middle bar) declined in the first 30-90 days after the non-fatal overdose, while the percent off of narcotics (the green bar) increased. These changes are for the good, but they are far too modest. And over time, narcotic doses climbed again, as shown in the bar on the right.

These dosages matter because the higher people’s doses were, the more likely they were to experience another overdose:

In short, despite sirens blazing warning signs — overdoses, for gosh sakes! — many people remained on very high doses of prescribed narcotics, and one out of six who remained on high doses overdosed again! To make matters worse, efforts to intervene — and alert physicians that they are overprescribing narcotics — don’t have much impact on physician behavior. Here, for example, is a picture of what happened when a different group of researchers sent letters to high-prescribing doctors, alerting them that their prescribing of narcotics was greater than average:

In short, the doctors didn’t blink. Are American physicians really that bad?

Let me defend physicians, while still acknowledging that we have got to do a much better job. First, narcotic addiction is an incredibly difficult problem to treat. Many patients who experience narcotic overdoses have legitimate pain syndromes. And when people are hospitalized with signs of narcotic overdose, doctors can’t simply take them off of their medications, or they will cause patients to go into withdrawal. Instead, these patients need to be gradually tapered from narcotics. But a tapering that can worsen pain control and that is almost always resisted by patients.

In addition, many physicians have not received adequate training on how to manage chronic pain, and how to handle patients whose narcotic use is becoming troublesome. Moreover, many patients are very good at hiding signs of their narcotic use from their physicians. It’s still not easy to find out whether patients are receiving additional narcotics from other physicians.  In other words, if I prescribed oxycodone to one of my patients, I can’t always find out whether she is receiving other dosages of other narcotics from other physicians.

In addition, people sometimes supplement prescribed opiates with drugs they buy on the street. Currently, we don’t know, for example, whether the fentanyl that caused Price’s death was prescribed or not.

Physicians need better training on how to manage chronic pain and on how to help patients wean themselves from narcotics when they run the risk of being harmed by these medications. And we need a better system to track narcotic use. Prince is one of many thousands of wonderful people we have lost to opioid overdose. It shouldn’t have to be this way.

The widespread use of fentanyl escalates the risk of overdose 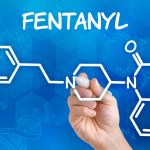 The story of a doctor who destroyed his EMR 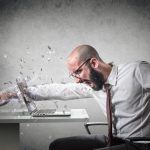 Did Prince die because he had bad doctors?
14 comments