“I need help with my colitis.”

“Really? I thought we had things pretty well controlled.”

I hadn’t seen her in the better part of a year. I remembered how hard it had been to get her ulcerative colitis into remission. How sick she had been, how miserable her life was. There was a bit of trial and error in the office, followed by a hospitalization for intravenous steroids, then a tapering dose of prednisone and a transition to budesonide, a steroid who’s metabolism greatly limits many of the nasty side effects of prednisone.  And she had lots of prednisone side effects: swollen ankles, blood pressure creeping up, moody, couldn’t sleep, acne. That had all slowly faded when she transitioned to budesonide and a 5-ASA agent (a nonsteroid medication for colitis).

“Are the medicines not working anymore?” I asked.

“I’m not on any medications now. And it’s back. And I’m sick. And I’m really scared.” At this point, she started to cry.

“Why did you stop your medications?” I was really taken aback. This made no sense.

“I didn’t want to stop them, but my insurance company quit paying for them. It was going to cost me over four hundred dollars a month for them, and I don’t have that kind of money. When I ran out, everything seemed OK, so I thought I might be all right. But it’s not all right. I don’t want to get sick like that again.” She was really starting to cry now.

I handed her a box of tissues. “We’ll figure this out. Don’t worry.”

I looked at her: late twenties, a few years out of graduate school. A young professional building her life. She had a good job with decent benefits including health insurance. Yet her insurance company had changed its prescription drug policy, and her meds were no longer covered. She had talked with her pharmacy and her insurance company. They had suggested prednisone and an older medication called sulfasalazine that was commonly used a number of years ago but had lots more side effects than the 5-ASA she was taking.  The thought of placing a 28-year-old woman on chronic prednisone or some other agent with more risk or more side effects simply because her insurance company had renegotiated its pharmacy contracts or a drug manufacturer had suddenly upped their prices made me angry.

And she was the third patient of the day who had insurance but couldn’t afford their medications. The third patient who had to make a choice between paying for medicines or paying the mortgage or their child’s tuition or the grocery bills or their spouses’ medications.

They didn’t choose to get sick or injured or to get cancer.  These aren’t people who sat around and smoked and ate potato chips and drank a twelve pack of beer a day and never exercised and now want someone to help them with their heart disease and adult-onset diabetes and emphysema and high blood pressure. These aren’t people who are looking for disability or a handout. They are you and I. They include my friend with two healthy kids and good health insurance and no major medical events that still had $11,000 in out of pocket medical expenses last year. They are hard working people trying to lead productive lives and make something for themselves and their families and build a future for their children.  They are trying to achieve the American dream that my parents’ generation and our generation were told about.

Just think of what  $11,000 would do to help you achieve your American dream. Instead, it’s helping some insurance or pharmaceutical or hospital executive achieve their dream.  We pay exorbitant amounts of money for mediocre health care outcomes compared to the rest of the world.  People are dying or going broke because they can’t afford care in this country. Ask any physician. We see it every day. Over and over and over. It needs to end.

Michael P. Jones is a gastroenterologist.

Watch this inspiring cancer rap from a doctor diagnosed with leukemia 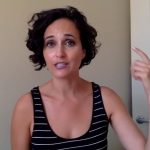 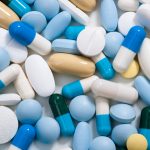 People are going broke because they can’t afford care. It needs to end.
63 comments