I joined physicians nationwide last year in cheering when Congress passed the Medicare Access and CHIP Reauthorization Act of 2015 (MACRA). Not only did it eliminate the congressional budgetary fiction known as the Sustainable Growth Rate (SGR) formula, it also promised to simplify and improve Medicare’s costly and complex programs that purport to measure the quality of care we provide to our patients.

Unfortunately, as we review the draft implementing rule, it appears that the net result will be neither simplified nor improved. Frankly, while we see the need for some legislative tweaks, this proposed rule is not what Congress ordered.

MACRA already has accomplished two of its intended goals. It reauthorized the Children’s Health Insurance Program for two years, and it removed the constant threat of SGR-driven Medicare payment cuts. The SGR’s faulty assumptions would have forced annual fee cuts for physicians for every one of the past 15 years. The obvious folly of that policy drove Congress to override each of those cuts since 2002, often in desperate, last-minute or retroactive circumstances. The associated financial threats and uncertainty about business viability created continuously hazardous conditions for physicians.

MACRA also promised to simplify the ever-tightening thicket of federal regulations that strangle physicians’ practices. The draft regulations that the Centers for Medicare & Medicaid Services (CMS) published on May 9 fall far short of that promise. If implemented as written, they would dump additional bureaucratic work on physicians and their practices, and would continue to impose onerous federal controls on physicians and their practices — with no data to show that they would improve the quality of or access-to-care for patients. The system devised by CMS is far more costly, complex, and confusing than the costly, complex, and confusing programs it is replacing. Compliance would be especially difficult for small practices who may end up with Medicare payment penalties even if they spend the time and money to jump through all the new regulatory hoops. The budget-neutral system of bonuses and penalties pits physician practices against each other, so that there will be annually anointed winners and losers regardless of how well all practices “perform” on these new quality standards.

When MACRA legislation was enacted, TMA had no reason to expect CMS would propose to continue flawed concepts from the current quality programs along with plans to diminish a physician’s worth down to a complex point system. More disappointing is to learn that CMS proposes to design a program that is stacked against solo physicians and small group practices in its first year of implementation.

CMS and proponents of the agency’s proposed plan say it will streamline the current quality reporting systems and simplify the transition to value-based care. CMS Acting Administrator Andy Slavitt says “we have to get the hearts and minds of physicians back,” and he claims MACRA will “put physicians back in control.” Our analysis of the proposed regulations reveals something much to the contrary.

Costly reporting and compliance. The compliance, documentation, and reporting requirements related to the new combined incentive programs are inordinately costly for many physicians. CMS’ own figures show the new programs will add additional compliance costs of $128 million above the cost of the programs it is replacing.

Disjointed timelines and perverse incentives. CMS has failed to properly engage physicians and guide them to successful participation since the current program began in 2007. The replacement does little to reverse the problems in the current systems, and in fact immediately increases the requirements for “success.” The first year of implementation is not the time to raise the bar and increase the degree of difficulty in meeting quality reporting requirements.

Metrics outside of physician control. Vendors and patients, not physicians, have control over meeting MACRA’s standards and requirements. Physicians should not be penalized for the failures of their electronic health record (EHR) vendors or for the demographic or socioeconomic status of their patients.

Two years too late. CMS plans to use two-year-old data to determine whether physicians receive a bonus or penalty. Data from 2017 will be used in 2019, 2018 data in 2020, and so on. At no point in the process will physicians be provided feedback on their current performance data or insights within the current performance year on how to improve their status, and no objective standard will exist for physicians to target. Physicians should be given real-time and correct information on their practices.

Arbitrary incentives to create massive changes in physician practice type. The need for sophisticated support systems, the inflexibility of the measurement standards, and the lack of realistic incentives to change all create pressures for physicians to abandon small practices to join large ones — or to sell out to hospitals. In fact, CMS’ published data shows that payment penalties could decimate small practices, still the majority in Texas.

Cost without benefit to Medicare. There is no evidence that the incentives in the draft MACRA regulations are likely to be effective in improving care quality or increasing efficiency. Requirements should include only activities proven to actually enhance care quality, or to reduce cost with no adverse impact on quality, access, or productivity.

The nearly 50,000 physician and medical student members of the Texas Medical Association urge the leadership of CMS to chart a different course of action. We call on them to take the time necessary to ensure that this new law supports and enhances the physicians who provide the medical care to our nation’s 54 million Medicare beneficiaries. We urgently request that CMS stop moving down a path that threatens to plow under tens of thousands of physician practices and needlessly create an access crisis for patients covered by Medicare.

In general, we are asking for time, fairness, simplicity, and flexibility. More precisely:

Last week I sat in the American Medical Association audience when Acting Administrator Slavitt said, “I am convinced that adding new regulations to an already busy health care system without improving how the pieces fit together just will not work.” He also said he wants to hear what practicing physicians think about this draft rule.

This practicing physician is telling Mr. Slavitt his plan just will not work. Change it. 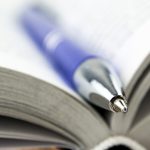 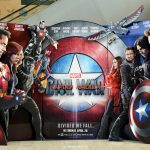 The MACRA rule: Not what Congress ordered
9 comments