The news media is hooked on the opioid prescription drug abuse story. Every day, it seems, I read a new announcement:

San Diego County, with about 1 percent of the U.S. population, has been ravaged with prescription deaths for decades, similar to the rest of our nation.  Physicians can benefit what we learned in San Diego to fight this crisis.

In 2013, I joined the task force and brought in the medical community to do our share. What I learned changed how I practice medicine.

Physicians need data to change.  Our doctors know their patient satisfaction scores, but do they know their death score? Dr. Jonathan Lucas, our medical examiner, in cooperation with the California CURES office, provided us the data to create change.

The data told us the story.  It showed that in 2013, 254 people died unintentionally of a prescription overdose. Some 186 people, ages 14 to 73, received over 4,000 prescriptions before they died.

The average age of death was 46.5, and the majority were men. The drugs they used varied, but hydrocodone was number one, and oxycodone was number two.  Ambien, Xanax, Klonopin, and Soma were up there, as well. We found that 80 percent of those who died had used a combination of medications. If they died from a single medication, it most often was methadone.

Our study also looked at mixing pain medications with anxiety medication (such as Vicodin plus Xanax). Both these medications depress a patient’s nervous system. As a doctor practicing in a hospital, I need special credentialing and have people hooked up to all sorts of monitors before I can give such these medications together.  Yet for our San Diegans who died from prescriptions, over 50 percent were prescribed this mixture and 20 percent died with this mixture in their system.

We also identified another danger area. The overwhelming majority of people who died were chronic users, meaning they were on the same medication for three consecutive months or more. That is a warning. If a patient needs pain or anxiety medications for more than three months, there are risks and responsibilities physicians need to discuss with the patient.

Surprisingly, the doctor shoppers we hear so much about were a minority of those who died; however, it is not so surprising that they consumed the majority of all the drugs. As a medical community, our standard should not even get to doctor shopping. All patients who need pain medications and anxiety medication — medications that can kill — should have their medications coordinated by one doctor and one pharmacy.

My colleagues often state, “If patients followed directions of the prescriptions, they would not die.”

We answered that statement. We found that of 254 people, 100 people died of the same exact medication they were prescribed within two months of death.  That number went down to 42 if we excluded those who died with alcohol or drugs and those who were doctor shopping. It is true that few people die of prescriptions if they were taking only what was prescribed; however, many of our patients who died received medications that were intended for good, but resulted in bad.

My job is to keep people alive, so it was very morbid looking at medication report after medication report of people who died.  I termed these reports “The Death Diaries.” One diary entry told the story of a 59-year-old woman who was going to different doctors.  She received pain medication from one, anxiety medications from another, and kept increasing the dosage until she ended up in the morgue just before her 60th birthday.

Not only did the death diaries change my perspective, but actually meeting parents who lost their children from well-meaning  prescriptions made me realize that these are the voices I need to guide my medical practice — not the patient screaming at me for drugs or threatening to get me fired or to hurt my satisfaction scores.

Both the medical community and patients can work together to significantly reduce deaths from prescriptions. Physicians can take the following steps:

The death diaries changed how I take care of patients. Now when I see a patient in the emergency department who wants prescription medication for pain, I review their CURES or medication history. And sometimes I find myself telling the patient, “Your medications read like someone I read about who ended up a statistic. I don’t want that to happen to you.” 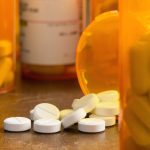 When this doctor retires early, here are 4 things he'll miss 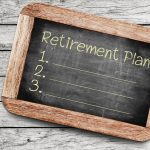