I recently took care of a woman in her 50s that came to our emergency department (ED) complaining of chest pain. The pain had started shortly before arriving in the ED but within minutes, we performed a battery of tests, treated her pain, and gave her an aspirin. Still concerned about heart disease being the cause of her pain, I observed her overnight in our EDs observation unit and completed additional tests including a cardiovascular stress test. She was able to leave our ED within 15 hours with reassurance that her chest pain was likely benign. Only a few years ago, this patient would have required a time consuming and costly admission to the hospital.

EDs are set up to efficiently treat and manage chest pain. The use of observation ED facilities has enhanced the EDs ability to provide patients with additional services for up to 24 hours while preventing costly admissions to the hospital. A 2013 research study in Health Affairs that studied ED observation units demonstrated decreased length of stays, decreased admission rates, and a projected cost saving of up to $8.5 billion U.S. dollars annually. Observation facilities can cover a variety of diagnosis.

For example, Beth Israel Deaconess Medical Center, one of the Harvard Medical School teaching hospitals, has an observation ED facility that covers a range of diagnosis including chest pain, asthma attacks, allergic reactions, seizures, gastrointestinal bleeding, infections, as well as many other conditions that are typically admitted to the hospital. These observation facilities often “feel” like inpatient hospital units with private beds. Observation based EDs represent an innovative design that has already shown value to patients and hospital systems.

Despite the value of observation EDs these facilities are not widely adopted among many hospitals. Their adoption requires a tremendous cultural change in medicine due to existent inherent financial incentives to admit patients to the hospital. A 2013 report from the Department of Health and Human Services calculated that on average Medicare paid nearly three times less for an observation stay as compared with a short inpatient stay. This ultimately resulted in beneficiaries paying 50 percent less than if they were traditionally admitted to the hospital. Of note, these protocol driven observation facilities have not reduced the quality of care provided to these patients. Despite these potential cost savings and equivalent quality outcomes, it is a continued challenge to implement or extend the scope of observation units in hospitals due to the extensive inpatient facilities that hospitals have built.

Freestanding emergency departments (FSED) represent a current health care delivery model that could help curb admissions and decreased costs nationally. Freestanding EDs are defined by the American College of Emergency Physicians (ACEP) as “a facility that is structurally separate and distinct from a hospital and provides emergency care.” The utilization of these facilities is rapidly increasing with over 21 million Medicare visits in 2013 alone. Despite a limited amount of national data, anecdotes have largely built a perspective of these facilities as charging too much for simple complaints and offering a disproportionate amount of medical care to the rich. A recent article from Colorado reported that a patient ended up being charged $3,690 dollars after he had a splinter removed from his hand. Recently researchers from Brigham and Women’s Hospital in Boston, presented data on 360 freestanding ED’s and found that freestanding EDs are located in areas with a higher median annual income and with a lower percentage of Medicaid-insured patients. Otherwise, data on FSEDs is lacking.

FSEDs are caught between data that supports different perspectives of their value. FSEDs that utilize observation units could provide a tremendous cost savings to patients and the healthcare system compared with hospitals that utilize inpatient facilities to treat medical conditions eligible for ED observation care. However, as the case of the patient with the splinter helps illustrate, treating urgent care complaints in these FSEDs can result in exuberant costs for urgent care complaints.

One of the challenges in analyzing the value of freestanding EDs is that these facilities, analogous to hospitals, are heterogeneous in their design and ownership. In terms of design, freestanding EDs differ in terms of size, hours of operation, partnerships with primary care services, being protocol driven, and in the utilization of observation units. In terms of ownership, two models exist: hospital outpatient departments (HOPD) and independent freestanding EDs (IFECs). HOPD are owned and operated by medical centers. For example, Yale-New Haven Hospital owns a HOPD in Guilford, CT at Shoreline Medical Center. In contrast, IFECs are owned by individuals or independent groups.

Currently, only HOPDs are able to bill for Medicare patients, which is potentially influencing the current regionalization of the IFEC facilities toward a particular payer-mix. Additionally, FSEDs are largely being built in states that do not require a certificate of need (CON); a legal process that evaluates existing healthcare services to see if additional facilities are necessary. The majority of FSEDs exist in states such as Texas and Colorado where this legal process does not exist. The Medicare Payment Advisory Commission (MedPAC), an agency that provides advice to the U.S. Congress on the Medicare program, has increasingly become interested in this growing sector.

Freestanding EDs could provide our U.S. system with the high quality low cost medical care that patients, health care professionals, administrators, regulators, and legislatures all want and are trying to create. Given the heterogeneous nature of freestanding EDs, research needs to be directed at understanding what ownership/design of freestanding EDs are demonstrating the best quality, lowest cost, and driving efficiency in the healthcare market. Freestanding EDs could partner with medical home models and drive the community based medical care we are attempting to create in the 21st century. MedPAC and certificate of need states should be open to learning more about the potential value of these facilities. 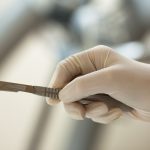 Physicians as innovators: 6 ways we help and hurt ourselves 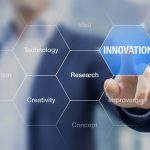 Freestanding emergency departments: The model we need to study
49 comments