I handed her the humungous gardening shears and watched as she snapped through each rib providing access to the silent heart of our cadaver. Abruptly, the fire alarm rang out cutting short the most physically taxing day of our yearlong anatomy lab course. Once we had evacuated, firemen streamed into the building, and I wondered if my lab-mates were also thinking about the horrific scene these men would encounter as they checked each room for stragglers. Garden tools rested on the half open chests of 24 lifeless bodies, globules of fat previously stripped away dripped into buckets below each lab table, and black plastic bags covered the faces of the anonymous men and women who had donated their bodies to medical education.

In elementary school, I was deeply afraid of all things related to death and dying. At night, I pulled my sheets up tight around my neck for fear that if there were any wrinkles left in it, it would look like a shroud and I would die in the night. I hated my bureau because it was big and rectangular and therefore looked exactly like a coffin. At Sunday school, I could not drink from the water fountain because the water had certainly passed all the corpses in the graveyard on its way into the church. So, suddenly encountering dozens of pale, stiffened bodies, I thought to myself, “Remind me again, why did I decide to go to medical school?”

As the fire trucks pulled away and we readjusted to the pervasive smell of formaldehyde, I thought about how quickly I had accustomed myself to slicing and combing through the unfamiliar territory of the human body. I was so fascinated by each new discovery that I forgot to worry about the proximity of death. Sometimes by the time I had changed into my scrubs and arrived at the dissection table my lab partners had already started and were ready to drill me on the day’s new terminology. “What’s this?” Mara asked, using her forceps to gently lift a white string running from deep within the neck down to the diaphragm. “The phrenic nerve?” I offered hopefully.

Relentless quizzing was a necessary evil because we had four exams to pass to move on to second year. The instructors tagged various body parts with numbers, and we went from body to body writing the names of the tagged elements on our numbered exam sheets. It was highly unsettling to visit other lab tables. Each cadaver smelled foreign, this man’s cancerous liver made me wary, and his neighbor’s larger than life heart was unnerving. Shouldn’t someone formally introduce me to these people whose insides have been laid out before me? Without realizing it, I had developed a comfortable relationship with my own donor. I developed a relationship with a deceased woman who I knew nothing about beyond the elegance of her organs, the illnesses she endured during life, and the cause of her death.

My donor had passed by way of suicide. Throughout the year, I tried not to make assumptions about the circumstances of her life and death but occasionally, as I walked out of the lab, my mind ran wild with questions. What had driven her to take her life after eight decades? Had she been lonely? In pain? Afraid? Or was it simply time to make that jump to the other side? We learned through the findings of our dissection that she had eaten within four hours of her death. What had she consumed? Did she make delicious molasses sugar cookies like my grandmother’s? We also discovered that she had fallen hard on her side upon passing and had lain for several hours before being found. Who had found her? Were they terrified beyond imagination at the sight or had they known this was coming? Did they grieve her still?

At the end of the year my class put together a memorial service for over 200 relatives of the donors. It was here, not leaning over a body with a scalpel, that I came face-to-face with the scariest aspect of death: the enduring empty space created when you die and the immense grief of those who remain behind. During the ceremony, I stood in back with a woman whose mother was a donor.

“I thought I had moved on, but clearly not,” she proclaimed, growing more distressed with each poem or piece of music my classmates had prepared to express appreciation to these loved ones. I listened and spoke what I hoped were consoling words. She told me I would make a great doctor and I remembered that I am in medical school to make the living more comfortable if only in small and temporary ways.

Afterward, I spoke with two sisters who flew in from out of state just for the service. Their brother died while visiting San Diego and the family had been at a loss for what to do. For years, he had planned to donate his body to medicine, but arrangements were only made to collect his body if he passed away in his hometown. They were grateful to the school for reacting compassionately and efficiently enough to grant him the honor of contributing to our education and the greater good of the world.

“The donors are your first patients,” our anatomy instructors emphasized over and over again, “learn as much as possible from them while you have the chance.” Only then did I really grasp that our donors were patients who we could no longer save from death but to whose lives we had added untold meaning.

The story of a man who did not feel well 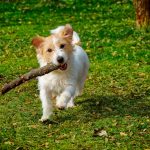 The hospital's homeless at night 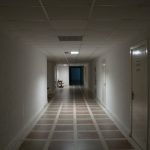 The donors were our first patients
5 comments