If you stay in medicine long enough, you will encounter physicians who seem to care more about the paycheck than the patient in front of them: think Dr. Farid Fata.  You may find those colleagues revolting; I know I did.  I despised these physicians and felt nauseated even to be in the same room as them.  But as time went on, I realized that almost nobody starts a career in medicine only for the paycheck, and I started to become more interested in how these physicians became that way.  Here are the factors I was able to identify through my personal observations on why some docs do it for the money.

Pure greed. Let’s get this one out of the way first.  There are people who set out on a health care career purely for the paycheck from the very beginning.  They never had any delusions about helping people and they never will.  These people are rare and difficult to identify as they do not wear their greed as a badge of honor, but they do exist.  Personally, I feel they have sorely missed the mark, given the intelligence and effort required to survive an American medical education, they could have done really well for themselves in finance or investing: think Michael Burry.

Commercial pressure. No matter what your work setting, there will always be pressure to produce financially, especially in the environment of seemingly constantly declining reimbursements.  At a minimum, you are going to be expected to generate enough revenue to cover your own salary and benefits.  Anything over that is just gravy.  It is easy to see why a generous serving of commercial pressure, either from your employer or your partners, can help tilt your focus toward the paycheck.

Lack of job satisfaction. When we started as bright-eyed medical students, we all imagined a version of medicine that is much rosier than its actual practice.  That optimism gets slowly beaten out of us by every drug seeker and every patient with a factitious disorder.  When you start to doubt whether you are helping the sick and needy, then it becomes easy to view medicine as “just another job.”  It probably isn’t a coincidence that the specialty with the highest burnout rate is the one that sees the most drug-seeking patients.

Medical-legal pressure. Every bad outcome that led to a lawsuit changes us.  And we slowly develop a rigid business relationship with patients based solely on risks and benefits rather than the compassion we once felt.  To give you an example, when I was asked by a patient whether she can get a copy of her arthrogram report, I asked her to contact the medical records department in the afternoon.  Only later did I realize I could have just gotten her phone number and called her myself after reading out the arthrogram!  Now I had no fear of being sued whatsoever, but the system was set up in a way that I did not even think of such a simple solution.

Templates. Electronic medical records (EMR) has done a lot of good for medicine.   Increased efficiency, sharing, data aggregation and analysis.  But EMR also brought templates, and templates make it easy to not care.  Don’t get me wrong – I love templates and use them every day.  But think of how many perfect H&Ps came from the orthopedist who you know for a fact doesn’t carry a stethoscope.  Templates alone don’t make you not care, but they sure make it easy.

Lack of meaningful wealth or knowledge to attain it. This is the most important factor, and unfortunately is one that many physicians lack.  Let’s face it, money is a necessity in modern life.  You need it for food, shelter, education, transportation, pretty much everything.  Some call it “financial independence,” but when you have meaningful wealth, you lessen the financial imperative to practice medicine and give yourself the freedom to focus on the things that drove you to become a healer in the first place.  Those physicians who are focused on the paycheck are often financially strapped despite their high incomes. Therefore, they fall prey to all of the other factors listed above and become trapped in the rat race like so many other non-physicians.

These are just some personal observations I have from dealing with physicians who seemingly care more about the paycheck than the patient.  While I still judge them harshly, I now have some understanding of how they became who they are.  What do you think?

“Future Proof, MD” is a radiology resident who blogs at Future Proof M.D.

A doctor endures pre-authorization hell. And he recorded it. 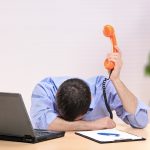 A culture of misogyny at a VA hospital 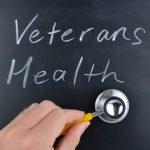 Some doctors do it for the money. Here are some reasons why.
18 comments