Recently I attended the funeral of a prominent gastroenterologist in my community whom I knew socially as the father of my son’s friend. It was an untimely and rapid death due to pancreatic cancer. He left behind a young wife and four children, two of whom are in college. I would see him periodically at school functions; he would sneak into an event at the last minute and often struggle to stay awake through squeaky orchestra concerts or long school administration speeches on the district’s budget goals. Very often he would rush out right as the event ended to go back to the office and finish up his chart work.

He had worked in a successful private practice for many years and had many, many devoted patients. However, he hated dealing with administrative matters and was accused of spending too much time with his patients by his staff. Eventually after about 25 years or so, he sold his practice to a private system in our area and became an employee. He told me that some of his burden had been lifted by not having to deal with billing or staffing issues, but he continued to work very hard to serve his patients.

At the funeral, someone told me about how they credited him with saving their mother’s life because he made a diagnosis that made the difference for her. The chapel was bursting at the seams; there was not nearly enough space for those attending the service, and many people had to content themselves with watching it on a screen outside.

The family members each spoke movingly. As I listened to each person’s perspective, there was a disturbing theme that emerged.  Each individual did their best to paint an image of how he had played such a vital part in his or her life. However, his career as a physician was truly inextricable from their musings about him as a person. His rabbi joked that he couldn’t possibly have any hobbies except going to the hospital. The kids told stories about him coming home late after bedtime and coming in to see them if they were still awake. They told stories about going with him to the hospital when he went back to round after dinner. There were funny and touching vacation stories but not many.

During his last long hospitalization was when his family seemed to have the most powerful memories of him. They were the most recent but perhaps they were also the ones that were unencumbered by other pressing matters.

I found myself wondering whether I would want people to speak in the same way at my funeral. Was his devotion to his career and to his patients worth it? He spent so much time away from the family that he so obviously treasured and loved. And yet, what did they remember most about him? It could be that over time, as they each look back over what he meant to them, and also go through different developmental stages, their views on their relationship with him will change. For now, it was the familiar refrain, “Dad was always away at the hospital, he came home late and made time for us the best he could.”

The practical response is that he had to make these sacrifices so that he could provide well for his family and function as an accomplished professional. And working as a physician means long hours, intellectual rigor, emotionally draining work and constantly analyzing and refining your clinical decisions. Of course, being at home is not really completely leisure time; most doctors are looking things up, reading up to answer questions they have or communicating with others to get more information. This is not news. But the perspective from the family seemed so dispirited. These rationales sound justifiable to the doctor who is working so hard but are they really so easy to accept from the family’s point of view?

In an age where many people get to “telecommute” or adopt flexible hours for work, the reasons you have to be away from your family seem to lose their validity. “Work smarter, not harder” is the mantra that we all hear in the digital age of information. And any argument advanced about the necessity and rigors of a job well done seem forced and bombastic when contrasted with the family’s experience of constantly saying goodbye to you and always assuming you are not available for events in their lives unless planned well in advance.

So as I sat through the tearful farewells of the family, I reflected on the impact of decisions made long before I was married and had a family. If someone had advised that I choose a specialty that allowed for relatively more down time, I would have scoffed. For many of us, we were in a noble fight to save our patients and do whatever it took to do right by them.  I had no time for self-serving banalities such as “personal family time.” It was bracing to hear that even if you are a loving and caring family member, memories of your absences, no matter how benevolent for your patients, leave shadows on your loved ones’ hearts. It’s a tough balance, and as I’ve gotten older, I’ve tipped the scales differently than I would have in my younger days. I hope it makes a difference.

Sudha Prasad is a physician. 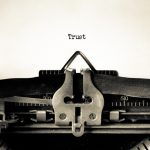 What is the proper way for physicians to be leaders? 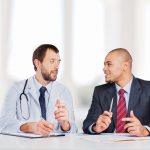 This doctor was remembered for his devotion to patients. Was it enough?
7 comments