It’s difficult to turn to any major media outlet without being confronted with the latest breaking information on Zika virus infection. The images of newborns from Brazil with excessively small heads are searing. To most of the U.S. population, the Zika virus epidemic in South and Central America is mainly a travel concern. But to the millions of people living in areas from the Caribbean to Central and South America, Zika virus has proven to be a devastating public health crisis.

Zika virus has the ability to cause severe neurologic disease in adults, and irreparable damage to an unborn baby’s developing brain and vision. The virus is unique because it is the first of its kind known to be sexually transmitted. In fact, two of the four reported cases of sexual transmission occurred within the United States. From previous reports, we know that Zika virus can be detected in the semen of men who have previously been infected with Zika, long after the infection has been cleared from the bloodstream. I recently attended two symposiums on Zika virus infection that featured world leaders in public health, infectious disease, neurology, high-risk obstetrics and immunology. While both seminars were excellent, very little information was available on Zika virus as it relates to sexual transmission.

As an OB/GYN and a reproductive health specialist, it’s astonishing how little we know about Zika virus and sexual transmission. Couples living in areas affected by Zika virus and those living in the United States who are considering having children need answers to vital questions, such as:

It is apparent that there are more questions than answers. The implications of these questions are far-reaching, but they are of particular concern for families considering pregnancy and for patients seeking fertility treatments. As the epidemic develops in Latin America, it is possible that sperm banks in Zika-affected areas could have samples that are infected. For sperm banks here in the United States, the important questions are: How can we prevent transmission of Zika virus from male samples? What, if any, testing should be done? Just as both the American Red Cross and the FDA have issued restrictions on donors who were diagnosed with Zika virus; those who recently traveled to Mexico, the Caribbean, or Central or South America; or people who engaged in sexual activity with a male at risk for Zika virus, it would be prudent for sperm banks to institute similar precautions.

As health care providers, we must counsel our patients about the risks of conceiving if one partner has recently traveled to a Zika virus-infected area. Additionally, semen samples from men who have recently tested positive for Zika virus should not be used for assisted reproductive technologies, such as in vitro fertilization or intrauterine insemination.

Clearly, there is an urgent need for further research, and more importantly, we must take action. The scientific and health care community must work together to better understand and prevent the lasting consequences of Zika virus. Only with this information will the field be equipped to manage infections and safeguard families.

Chantel Washington is an obstetrician-gynecology physician. 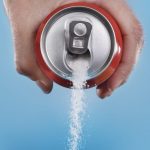 Zika virus infection in semen: A call to action and research
1 comments